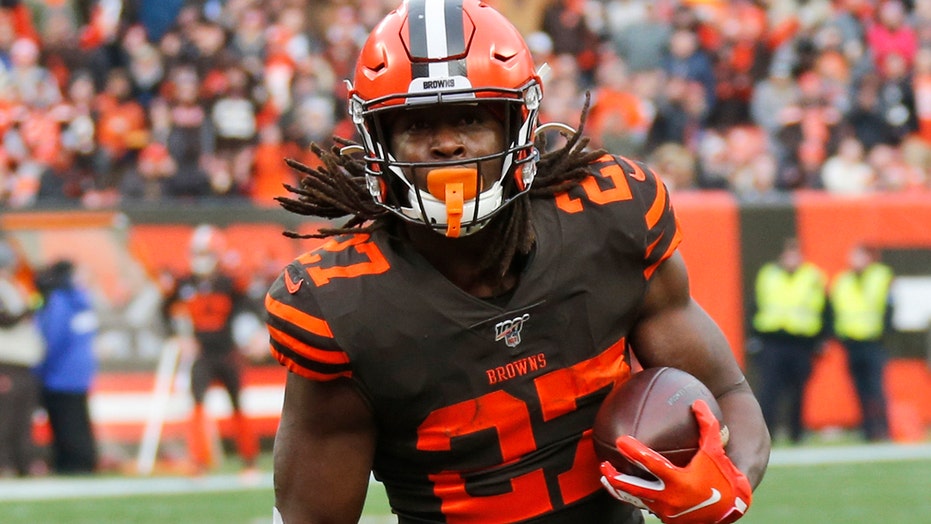 Cleveland Browns running back Kareem Hunt fanned the flames of controversy surrounding his team Monday, suggesting that his teammates weren’t giving it their all against the Arizona Cardinals.

Hunt addressed the loss with reporters after practice, according to Browns Wire.

He said he felt that some players were not giving it “110 percent.”

Hunt added: “It’s got to be contagious to everybody. If we do that, usually good things happen if you’re playing with great effort. Shoot, you never know, the ball might fall in your lap if you run into it or anything like that, good things happen.”

Arizona defeated Cleveland, 38-24. Hunt had four carries for 14 yards behind starter Nick Chubb’s 17 carries for 127 yards and a touchdown.

The fallout from the loss has been mostly negative.

Coach Freddie Kitchens was forced to clarify his postgame comments that he didn’t care about his future in Cleveland while a report surfaced alleging that Jarvis Landry was among players yelling “come get me” at the Cardinals sideline.

The Browns, who were a favorite to win the AFC North, have fallen to 6-8, nearly out of playoff contention.