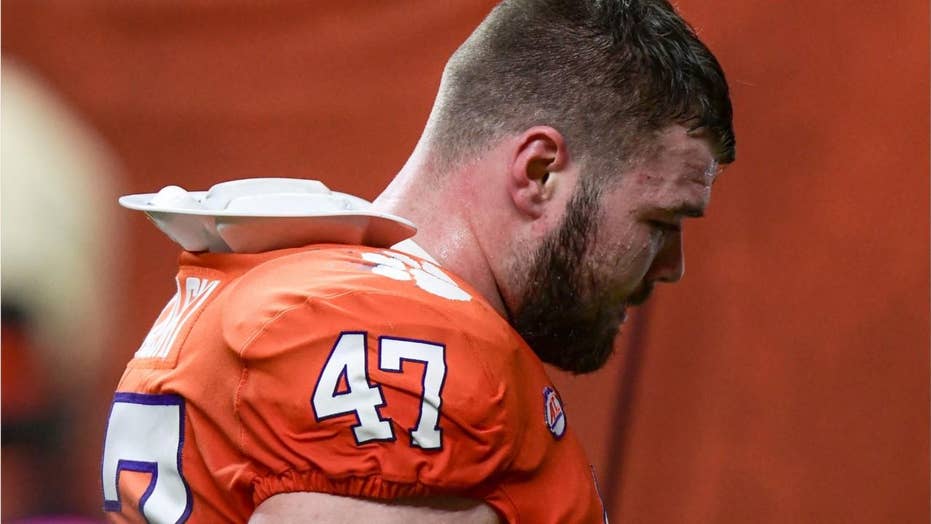 Clemson fans aren’t the only ones angry about James Skalski getting ejected from national championship game against Louisiana State University (LSU). The targeting call causes an uproar for sportscasters too.

Clemson linebacker James Skalski was ejected from the national championship game against LSU on Monday night after officials determined he led with his helmet when making a tackle.

The play occurred in the third quarter with about six minutes left to play. Joe Burrow threw the ball to wide receiver Justin Jefferson who was immediately met by two tacklers. Skalski appeared to have made the tackle but led with his helmet and hit Jefferson in his helmet.

Officials reviewed the play and ejected Skalski for targeting.

Skalski’s ejection had many on social media furious with college football’s targeting rule and how the linebacker was thrown out of the biggest game of his career.

Skalski played 14 games during the 2019 season. He recorded 85 combined tackles and 2 1/2 sacks. Losing Skalski is a huge blow for Clemson and gives LSU a bit of an advantage on offense.

LSU scored on the next play to increase their lead to 10 points, 35-25. The touchdown pass gave Burrow the record for most touchdown passes in a single season.

Clemson and LSU have gone back and forth all game long but Clemson has found it difficult to stop LSU in the latter stages of the national championship game.