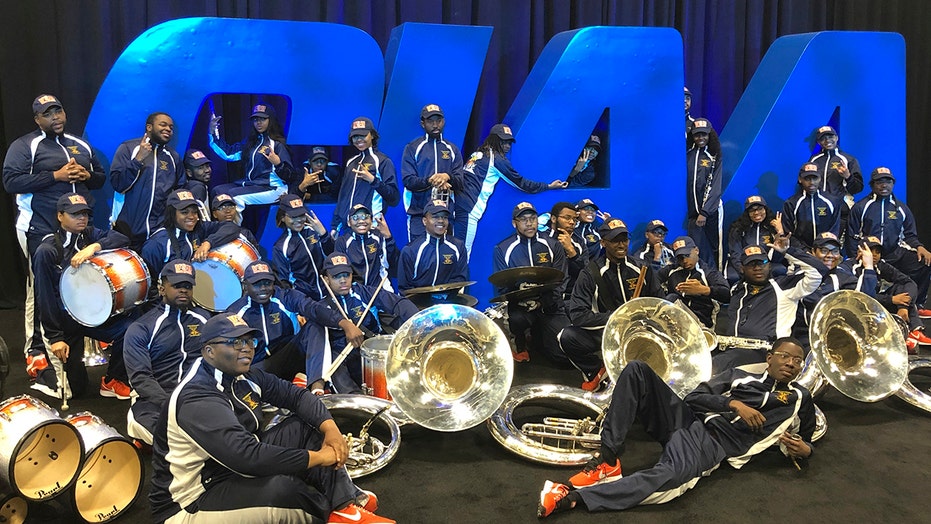 Bobby Vaughan can't help but smile when he thinks about the tradition of the Central Intercollegiate Athletic Association basketball tournament.

“It's a party where they just happen to play some basketball," said the 92-year-old Vaughan, who has served a player, coach and conference president for the nation's largest Division II basketball tournament.

The conference, which is made up of historically black colleges from North Carolina, South Carolina, Virginia, Pennsylvania and Maryland, is celebrating its 75th basketball tournament this week in Charlotte.

The men and women will decide their tournament champions on Saturday at the Spectrum Center, home of the NBA's Charlotte Hornets, but that seems a mere afterthought for many of the fans who return year after year for the week-long event which features food, music and plenty of partying.

“It's that time of the year for everybody to get together and network in their personal lives, business lives, whatever it may be," said English, who was inducted into the CIAA Hall of Fame on Friday. “People still mark that day on their calendar and say, ‘Hey I’m going to attend the CIAA.' It has been passed down for so many years and every year it is ‘how can we outdo last year?’”

The CIAA has its own unique style.

Commissioner Jacqie McWilliams strutted in alongside the Shaw University marching band on Friday to kick off the annual fan fest at the Charlotte Convention Center, high-stepping alongside the band leader.

Inside, patrons got their hair trimmed in old school barbershop chairs, shot baskets on a removable indoor court and shopped for CIAA merchandise while marching bands from each school competed in the “battle of the bands” on a nearby stage. Alumni of the schools gathered and hugged, reuniting acquaintances in telling old stories of past CIAA tourneys.

McWilliams said the tournament has stood the test of time because it is celebration of the CIAA community and the culture that has been created over the past 75 years.

“It's truly a homecoming,” McWilliams said. “The three things that people talk about all of the time — they eat, they watch games and they party — and we're still doing this after 75 years. You can still feel energy."

Said Vaughan: “There still is a following of people who plan on having their annual vacation at the CIAA.”

The games leading up the championship have had plenty of empty seats, similar to past years.

But the money the tournament has generated for the host city is notable.

Tom Murray, CEO of the Charlotte Regional Visitors Authority, estimates the CIAA tournament produced an economic impact of $43.7 million last year in Charlotte. He said it has generated an estimated $600 million in total economic impact over the previous 14 years, including $370 million in direct visitor spending.

Other cities have taken notice.

Baltimore outbid Charlotte for the right to host the tournament for the next three years, offering more in scholarship money to students.

Murray said Charlotte will push to get the tournament back in the next contract.

CIAA fan Albert Huntley, from Charlotte, said he hopes Murray is right and the event will return soon.

“This tournament, it's about meeting people,” said Huntley, who has been attending the event for more than 15 years. “A lot things go down here.”

Vaughan said in the old days teams would stick around at the tournament for the entire week instead of returning home after being eliminated from play. He said they would go to nearby gyms and play more unofficial games.

That doesn't happen anymore, but he said the environment at the CIAA is tough to beat, which is why he keeps coming back.

Donald Remy, the NCAA's chief operating officer, attended the Hall of Fame ceremony on Friday morning and he met a couple who has been coming to the tournament for the last year 20 years.

“They talked about the friends that they come here with and they get together year after year," Remy said. “They talk about old times, good times and the future. It is one of those tournaments that is more than just the basketball, It's about the family."