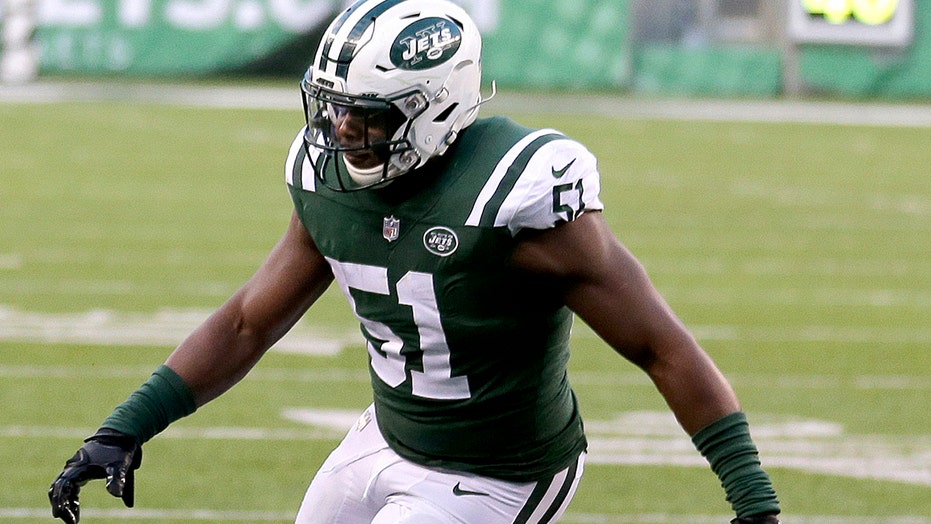 New York Jets linebacker Brandon Copeland plans to file a lawsuit against a company that he claims gave him "contaminated" supplements, which led to a four-game suspension to start the 2019 season.

Copeland took a recovery supplement that contained a banned substance under the NFL’s policy. He claimed the substance didn’t appear on the product’s label, which led to a failed NFL-issued drug test on April 15. He received the suspension on Aug. 21 for violating the league’s PED policy.

“If anyone knows my journey and my story, it really doesn't really make sense for me to try to cheat the game or cheat myself at this point in time, coming off the best season of my life on the field, off the field.”

When he got notice that he failed the test, he initially denied knowing that he took anything illegal. He sent all the supplements he was taking to a third-party lab for testing.

“It cost literally $745 per supplement to test,” said Copeland, who signed a one-year, $1.1 million deal with the Jets in the offseason. “A lot of people ask, 'Why don't you just test your stuff?' Well, you pay $30, $40 for a supplement and then you've got to pay $745 for a laboratory to test and it takes them multiple weeks to do it. It confirmed that one of the supplements had the banned substance in it.”

The Jets are set to take on the Dallas Cowboys on Sunday.