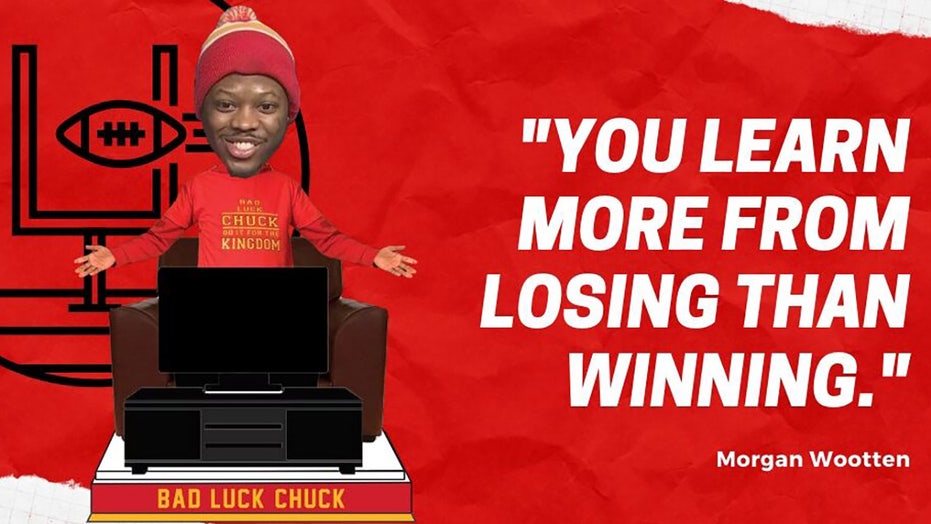 The Kansas City Chiefs superfan known as “Bad Luck Chuck” will be immortalized with his own bobblehead, the National Bobblehead Hall of Fame and Museum announced Tuesday.

Charles Penn was dubbed “Bad Luck Chuck” after the Chiefs’ Divisional Round playoff game against the Houston Texans earlier this month. He left the game early after the team had been down by 21 points in the first quarter. Fearing he had been the one causing the bad juju, Penn returned home. Kansas City would score 35 straight points on their way to a victory.

Penn told FOX 4 Kansas City ahead of the AFC Championship game that he was willing to do “anything” to make sure the Chiefs make it to the title game and that he was certain it was his aura that had been making Kansas City lose. Even Patrick Mahomes had warned Penn to stay home.

Chiefs' superfan Charles Penn will have his own bobblehead. (National Bobblehead Hall of Fame and Museum)

The Chiefs ended up winning the game to head to Super Bowl LIV.

“I never thought I would have a bobblehead of me made, but when the Hall of Fame and Museum approached me about it, I thought it was an awesome idea,” Penn said in a news release. “As long as fans keep them away from the stadium, I think it will become a good luck charm that will bring us a lot of wins for years to come.”

The bobblehead features Penn sitting in front of his television with his arms out. He is pictured wearing a shirt that says, “Bad Luck Chuck -- Do it For the Kingdom,” along with a knit cap.

“We were thrilled that Bad Luck Chuck was as excited about the bobblehead idea as we were when we reached out to him last week,” National Bobblehead Hall of Fame and Museum co-founder and CEO Phil Sklar said in a news release. “We think this will be an extremely popular bobblehead for fans in the Kansas City area and beyond -- we just ask that you keep it at home or at your office and don’t bring it to any games to keep any potential bad luck away from the team!”

The bobblehead can be pre-ordered now and the museum is expecting a May delivery.

It’s unclear whether Penn will attend the Super Bowl in Miami Gardens, Fla.