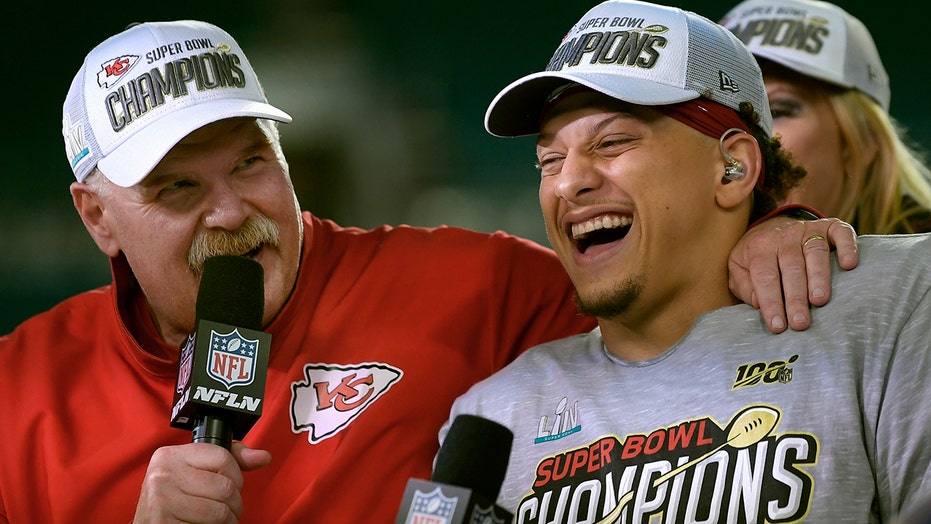 The Kansas City Chiefs won their first Super Bowl in 50 years, and some of the team's star players are getting the bobblehead treatment

Fan gear manufacturer FOCO announced Monday it would release a line of bobbleheads celebrating the Chiefs' win over the San Francisco 49ers in Super Bowl LIV in Miami. Patrick Mahomes led the Chiefs from 10 points down to beat the 49ers, 31-20.

“The Kansas City Chiefs concluded one of the most electrifying seasons in franchise history, riding a prolific offense to the second Super Bowl championship in franchise history, and their first in 50 years,” FOCO’s senior licensing manager Matthew Katz said in a press release. “We know Chiefs fans are eager to celebrate, and FOCO is excited to offer some awesome limited-edition collectibles for Kansas City Chiefs fans to commemorate the team’s historic season.”

Each player will be posing with a football and standing next to a miniature championship ring on top of the base, which will feature the Super Bowl LIV championship logo base, the company said.

The products are currently available on FOCO’s website along with several other collective items.