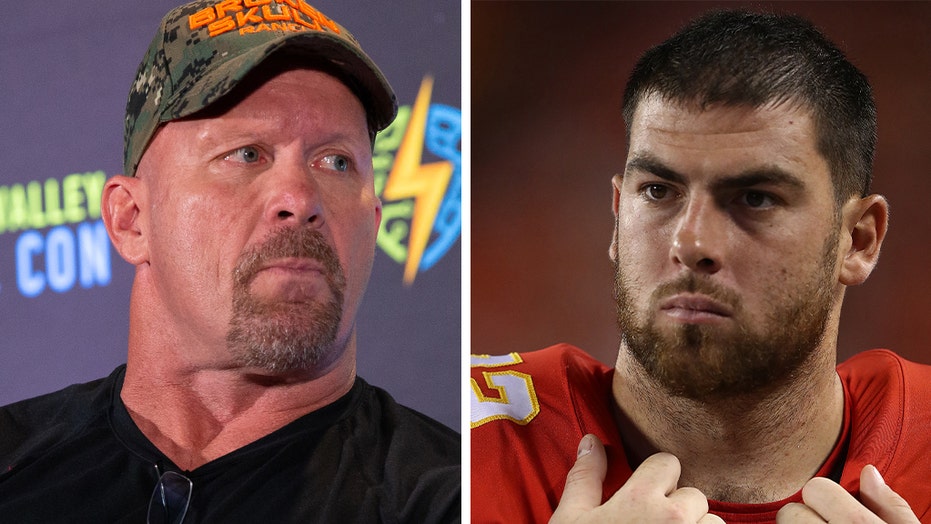 The Kansas City Chiefs had a lot more to celebrate near the end of their 51-31 victory over the Houston Texans on Sunday rather than the beginning of the matchup.

Patrick Mahomes threw five touchdown passes, including one of them to tight end Blake Bell in the fourth quarter.

As Bell celebrated in the Arrowhead Stadium seats with fans, offensive lineman Eric Fisher took a couple of nearby beers and banged them together in a similar fashion to WWE legend “Stone Cold” Steve Austin.

Fisher didn’t drink the beers, instead just pouring them over his shoulders.

He probably owes someone a couple of brewskis before the Chiefs’ AFC Championship game against the Tennessee Titans.

Fisher’s celebration didn’t go unnoticed. The former WWE champion shared the video of Fisher celebrating with his entrance music playing over it.

With the win, the Chiefs advanced to their second straight conference title game.

They’re set to face the Titans, who upset the Baltimore Ravens in their AFC Divisional Round matchup.