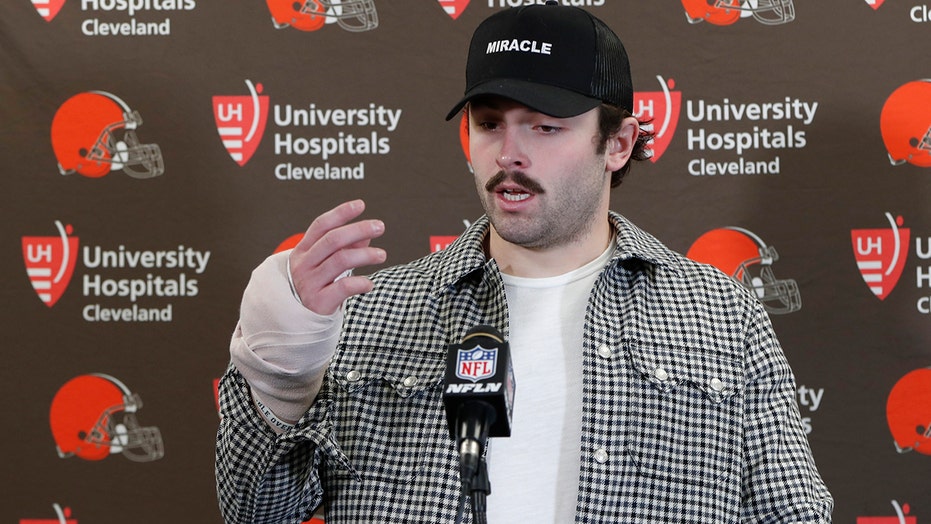 Cleveland Browns quarterback Baker Mayfield suffered a hand injury during the team’s loss to the Pittsburgh Steelers on Sunday but is vowing to play in the next game.

Mayfield addressed the media on Wednesday and said he was confident he was going to give it a go as the Browns are set to take on the Cincinnati Bengals in Week 14.

“Mama didn’t raise no wuss,” he said when asked why he was confident he will play, according to ESPN.

The second-year quarterback suffered a hand contusion and didn’t throw a pass in practice on Wednesday. He suffered the bruise in the first half of the game. According to FOX8 Cleveland, Mayfield’s hand was heavily taped but coach Freddie Kitchens said he wouldn’t limit the quarterback.

“I’ll try and go tomorrow for sure,” Mayfield said, according to USA Today.

Browns backup Garrett Gilbert played a few snaps while Mayfield was getting his hand checked out. The former No. 1 overall pick did finish the game, though they fell to the Steelers.

Through 12 games this season, Mayfield has thrown for 2,917 passing yards, 15 touchdowns and 14 interceptions. He set the rookie passing touchdown mark last season with 27.

Cleveland is 5-7 this season and sits two games out of the final AFC Wild Card spot.