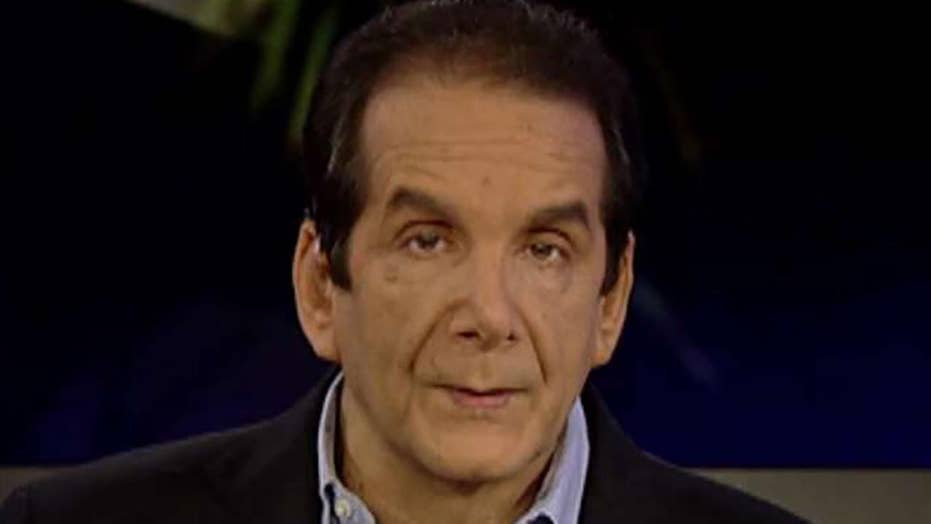 How Charles Krauthammer taught his son to play baseball

Charles Krauthammer was honored Thursday night at Nationals Park in Washington, D.C. after news of his death broke.

Krauthammer, a longtime Fox News contributor and Pulitizer Prize winner, passed away at age 68 after losing his battle with cancer.

Krauthammer was "one of baseball's greatest fans," according to the Washington Nationals, an MLB team which wrote on Twitter that the Harvard-trained psychiatrist "was loved and admired by many and will be truly missed here at Nationals Park."

The ballpark held a moment of silence during the team's game against the Baltimore Orioles. A Washington Post reporter tweeted a photo of the in memoriam, which showed Krauthammer's photo displayed above the outfield.

Fox News' Bret Baier tweeted that "Charles would have loved" the stadium's tribute to him, as "he so loved the @Nationals."

In a statement, McConnell said he'll miss Krauthammer's friendship, and "our long conversations which ranged from policy to history to the state of our Washington Nationals."

Krauthammer released a heartbreaking letter on June 8 detailing the return of his cancer. He said doctors told him he had only weeks to live.

He's been remembered by those who worked with him at Fox News as a "good friend" and a "brilliant man" who was a "genius communicator, yet humble and kind."