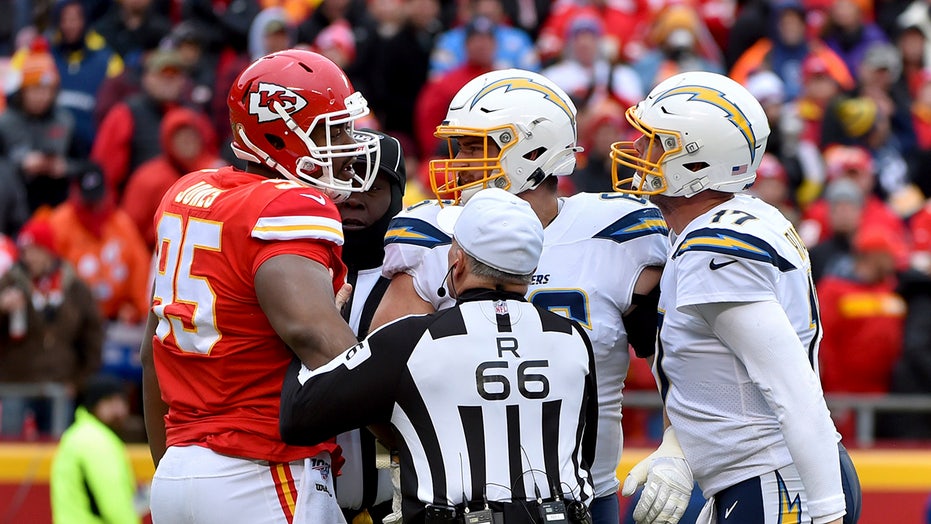 Los Angeles Chargers quarterback Philip Rivers isn’t afraid to get into it with anyone and he showed it again Sunday during a game against the Kansas City Chiefs.

In one play in the first half, Rivers just threw the ball when Chiefs defensive end Chris Jones dragged him down.

Rivers and Jones started getting into it with each other before the referees and a Chargers offensive lineman had to break up the two players.

Kansas City was up just 10-7 at the half against Los Angeles.

Rivers was 15-for-21 with 129 passing yards, a touchdown pass and an interception.

Sunday’s game could be Rivers’ last in a Chargers uniform. Rivers, 38, is set to become a free agent but has said he wanted to play football next season.

“I'm capable enough physically and mentally, there's no question,” Rivers told reporters after last week’s game, as ESPN reported. “Yes, I do want to play football. I do, and that's how I feel deep down as I stand here.”

He added that he will discuss the idea of playing in 2020 with his family before making a final decision.

“There's a lot of factors. There's a personal side and family side to mine. I'm going to have a daughter in college as well, too. So time is ticking, and I've got a sixth-grade son that I've got to get ready to coach at some point, so there's all kinds of factors.