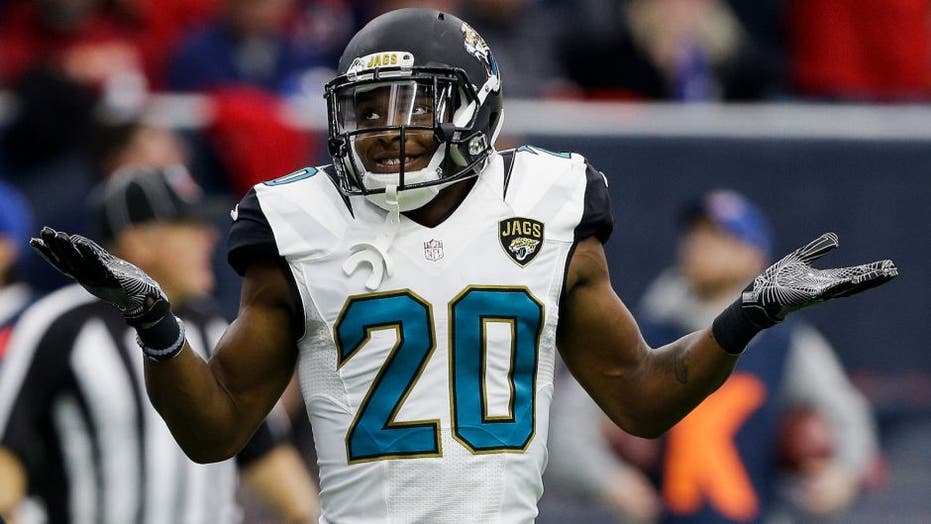 Disgruntled cornerback Jalen Ramsey has left the Jacksonville Jaguars to be with his family for the birth of his second child.

The team made the surprising announcement with a statement from coach Doug Marrone on Wednesday night, adding to Ramsey's ongoing trade saga.

"Months ago in the offseason, Jalen notified me that he was expecting the birth of his second child in late September," Marrone said. "We spoke about this recently and again today after practice and decided that it was best for Jalen to fly to Nashville tonight after meetings to be with his family during the birth of their daughter.

"He will return to the team when he's ready, and we will provide an update at that time."

Ramsey's paternal leave — it's unclear how long he could be gone — is the latest twist in a weird week for Jacksonville's star cornerback.

Ramsey missed practice Wednesday because of an apparent back injury that Marrone said he knew nothing about until earlier in the day. Marrone chuckled through a series of questions about his star defender and said "his back got tight."

"It's normal. His back has gotten tight before," Marrone said. "My back's tight, a couple guys' backs are tight. A couple guys have hamstrings. Everyone gets the stuff."

The team responded by trying to clarify the mix-up, saying Ramsey reported back soreness to the team's medical staff during the fourth quarter of the 20-7 victory over the Titans. But that information somehow didn't get relayed to Marrone.

Ramsey also missed practice Monday because of an apparent illness, fueling speculation that he was making up reasons to skip practice. That came a little more than a week after the disgruntled defender called his agent and said "my time is up here in Jacksonville."

The next day, Ramsey told a podcast featuring several NFL players that his trade request stemmed from "some disrespectful things said on their end" in a meeting after Jacksonville lost at Houston on Sept. 15 — a game that included Ramsey and Marrone screaming at each other on the sideline. Several players have since confirmed that personnel chief Tom Coughlin ripped Ramsey outside the visiting locker room after the game.

Ramsey confirmed his discontentment with the front office last week, but insisted he would play hard as long as he's still on the team.

The Jaguars would prefer to keep Ramsey, believing it's unlikely for them to get equal value for one of the league's top cornerbacks. But they also have no idea how he will react moving forward. The NFL trade deadline is Oct. 29.

Ramsey hasn't missed a game or a start in his four-year career.

"I don't like to talk for players, but one thing I don't have a problem saying about Jalen is that he loves football, loves football," Marrone said. "If he has the ability to play, I'd be of the understanding that he will play. The guy loves football and he loves his teammates."