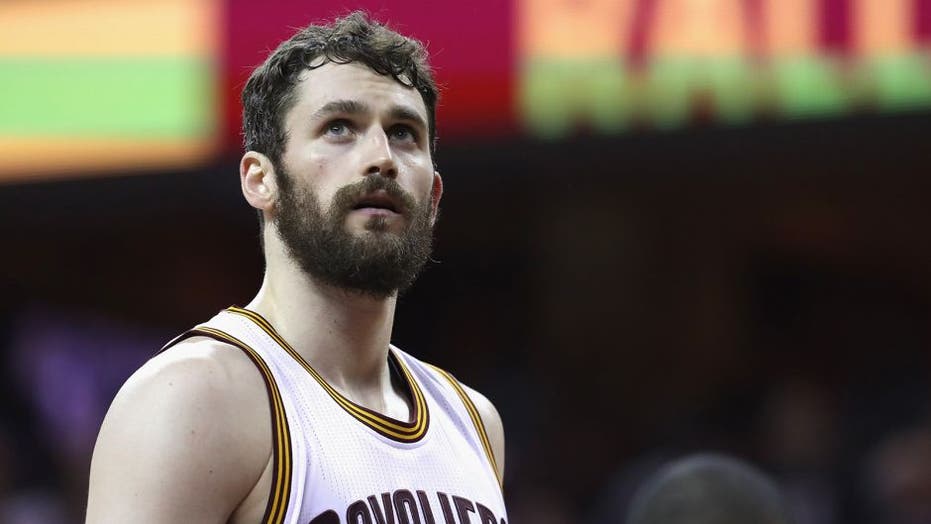 Love came into the Quicken Loans Arena dressed as Jason from the Halloween horror movie “Friday The 13th.” He scored 17 points and grabbed 20 rebounds in 31 minutes in the win and decided to stay in the Halloween spirit when talking to reporters after the game.

Photos of Love were taken prior to the game as well. Love was donning the full hockey mask with a forest green jacket and a t-shirt which read, “Camp Crystal Lake Counselor.” He was also carrying a baseball bat instead of the villain’s patented blade.

The NBA veteran is in his sixth season with the Cavaliers and is averaging 16 points and 16.8 rebounds through the first four games of the season.

The Cavaliers are looking to get more out of their star center. He missed the majority of the 2018-19 season due to injury. He played in only 22 games and averaged 17 points and 10.9 rebounds.

Cleveland is 2-2 this season and plays the Indiana Pacers on the road Friday.

Sunday starts a two-game homestand for Cleveland, beginning with the Dallas Mavericks. The team then welcomes the Boston Celtics on Tuesday before starting a three-game road trip later in the week.