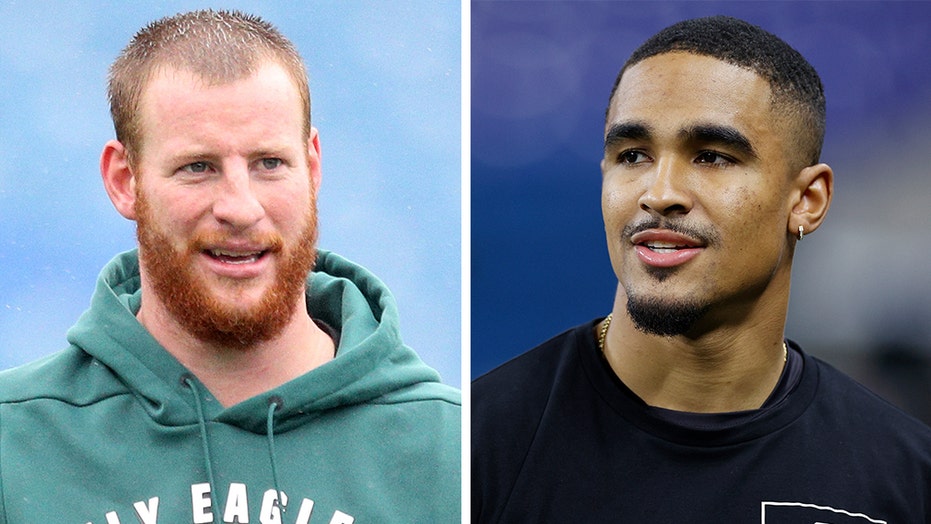 Philadelphia Eagles quarterback Carson Wentz met with the media on a conference call on Monday, and he was asked about the team’s second-round draft selection of former Oklahoma signal-caller Jalen Hurts.

Wentz said that he understands the addition of a quarterback was a possibility because of how the roster was laid out before the draft, and he wasn’t concerned about the spot they chose to pick one because of the investment the Eagles made in him.

Wentz said if he “was to start questioning [General Manager] Howie [Roseman] now, I’d be questioning myself” as well.

“I’m excited to add him to the team,” Wentz said of the former Sooners’ quarterback. “I know how important the quarterback position is and the dynamic is for me and other guys in that room.”

When Wentz was asked about sharing the field with Hurts, he said “whatever’s going to help us win” before saying that he’s waiting to see how those wrinkles will play out because the team is still working through the playbook.

Last season, Wentz threw for 4,039 yards, 27 touchdowns, and only seven interceptions while completing 63.9 percent of his passes, to go along with a 93.1 passer rating.

As a team, the Eagles had a large number of injuries at the skill positions on offense, but Wentz managed to will the team to the NFC East crown, before falling to the Seahawks in the first round of the playoffs.