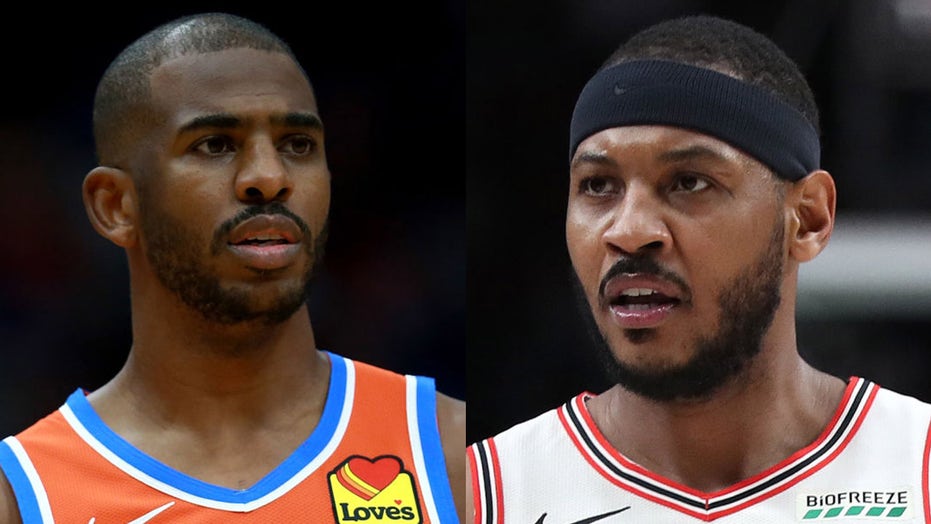 Carmelo Anthony said he warned Chris Paul after he was traded by the Houston Rockets last season.

Anthony, the current Portland Trail Blazers star who played 10 games in Houston last season before he was sent to the Chicago Bulls and was subsequently waived, told ESPN on Sunday he wasn’t surprised the Rockets traded Chris Paul and had warned the point guard it could happen to him.

CHRIS PAUL SAYS HE WAS 'SHOCKED' OVER BLOCKBUSTER TRADE TO THUNDER, TOLD HE WAS SAFE

“No, I wasn't surprised at all,” Anthony said. “When my situation happened in Houston, he was the first person that I called to come to my room. And we had to clear some things up, and I wanted to know if he had anything to do with it. And that was the first thing that I wanted to know, and he told me, 'No.' And from that point on, I told him, looked him in his eyes and said, ‘Look, just be careful.’ You know what I mean? Just be careful. And damn sure if [the same situation] didn't happen to him.”

Paul revealed to The Undefeated last week he was told by Rockets general manager Daryl Morey he was safe in regard to a trade. He was then traded to the Oklahoma City Thunder for Russell Westbrook.

“Truth be told, I just talked to Daryl a couple of days before the trade, and he said he wasn't going to trade me [to Oklahoma City],” Paul said. “That's funny because that is going to be the alert that pops up on everybody's phone because nobody knows that. But what the hell, I just said it.”

Anthony said he had no ill will toward the Rockets but said the way the organization handled his departure bothered him for a bit.