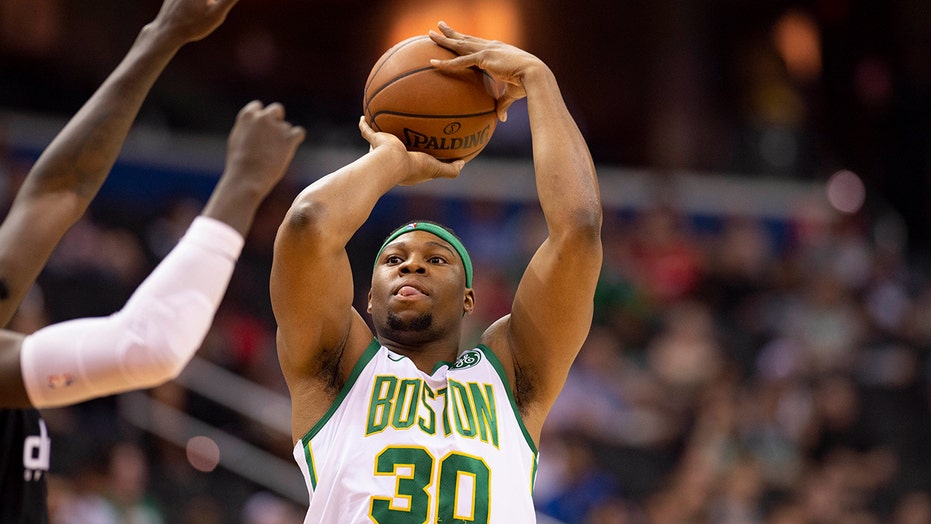 A former NBA player found himself in the middle of some controversy for his actions last week with his Chinese Basketball Association team.

Guerschon Yabusele was fined $1,400 for failing to look at the Chinese flag while the Chinese national anthem blared before Friday’s game. The Nanjing Tongxi Monkey King forward also was given a “serious warning” over his actions, the Chinese Basketball Association said in a statement.

Chinese Basketball Association players are required to stare at the Chinese flag while the “March of Volunteers” plays. Video from the game appeared to show Yabusele with his head down during the anthem.

“I have the same routine, I've been doing this my whole career and I wanted to apologize for the people that took it Personnal [sic] because it was not my point,” Yabusele said, according to TMZ Sports. “I will show my respect during the Chinese national anthem and keep my head up for now on, Love you guys.”

WIZARDS ROOKIE RUI HACHIMURA GROWING WITH EACH GAME IN NBA

Yabusele, 23, is a former first-round pick of the Boston Celtics. He played for Boston from 2017 to 2019. He appeared in 74 games and averaged 2.3 points and 1.4 rebounds. He split time between the Celtics and the organization’s G-League affiliate Maine Red Claws.

He was waived by the Celtics in July.