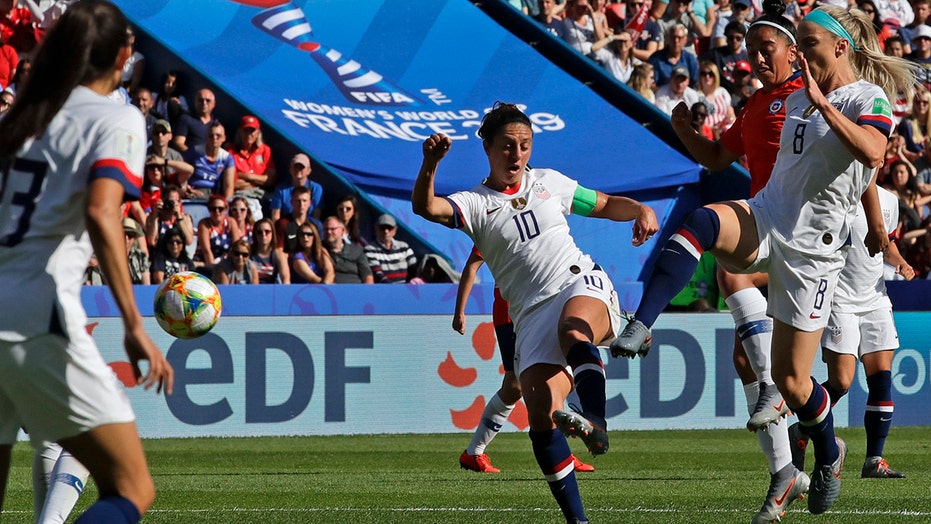 Carli Lloyd knocked in the first of her two goals to help the U.S. defeat Chile on Sunday and after the first one, she celebrated with a resounding golf clap.

The clap was meant to be a message to critics who complained the team was overdoing it with the celebrations during its historic 13-0 defeat of Thailand just days prior.

“I can't take credit for it. I'm not sure if Lindsey is taking credit for it,” Lloyd said after the 3-0 win over Chile. “She had told me if we score, that's what we're going to do so I just went along with it after I did my little celebration. But it was fun. I think it made a statement on the sideline there. It was cool.”

Where did Lloyd draw the inspiration? U.S. coach Jill Ellis speculated it was from her husband — professional golfer Brian Hollins.

“I'm guessing it was a shout-out to her husband,” Ellis said.

Horan added the team was set on doing “something different” during the match.

“We decided to do something different today,” she said. “Handshakes were part of it. Golf clap was part of it.”

Lloyd would score her second goal in the 35th minute of the match. Her first goal meant that she was the first player to score in six straight Women’s World Cup matches.

While the U.S. had a cakewalk through the first two matches, the real test begins Thursday when the Americans take on Sweden. The winner of the match will win the group and have momentum going into the knockout stage of the tournament.