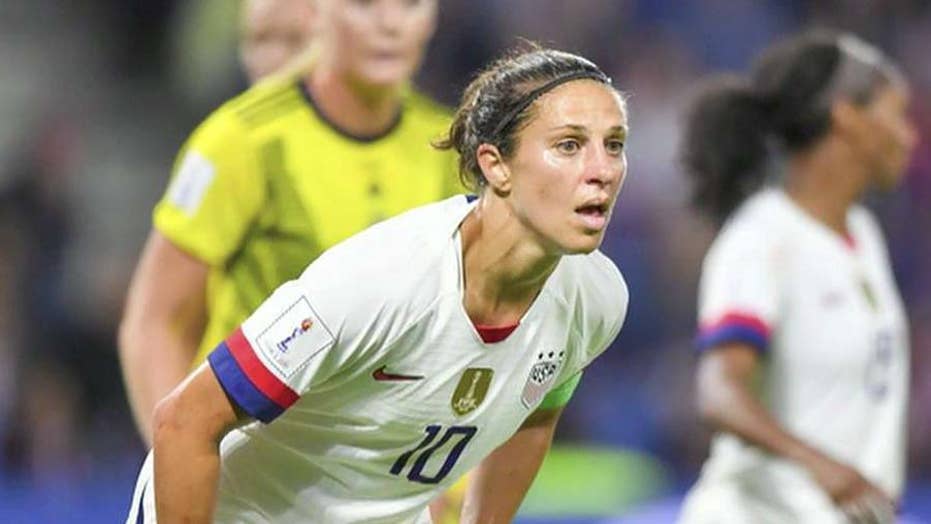 US soccer star Carli Lloyd gets offer to kick in NFL game: report

USWNT star Carli Lloyd has reportedly been offered the chance to make history by becoming the first woman to play in an NFL preseason game after kicking a 55-yard field goal at Philadelphia Eagles practice.

U.S. soccer great Carli Lloyd said Thursday she would be “foolish” to not entertain the possibility of playing for an NFL team during the 2020 season.

The possibility of Lloyd playing in the league intensified this week when her trainer divulged to Fox Sports that she was considering one team’s offer to play in their final preseason game. Lloyd, however, had other U.S. soccer obligations but hasn’t ruled out the possibility of trying next season.

“I would be foolish to maybe not entertain the idea of potentially doing it,” she told reporters, according to 6 ABC reporter Jeff Skversky. “I know there’s some challenges, there’s big men on the line. I’m not naïve to that. But I’m not trying to be a quarterback or running back.

“I think with the right technique, the right practice, getting that two-step down … I think I can do it. And I don’t think there’s anything wrong with me saying I think that I can do it.

While Los Angeles Chargers wide receiver Keenan Allen was among those skeptical about how Lloyd would fare should her kick get blocked, Hall of Famer Morten Andersen offered to train her.

Andersen tweeted a video of himself with an offer to Lloyd on Tuesday.

Lloyd impressed several people when she nailed a few long-range field goals during a joint practice session between the Philadelphia Eagles and Baltimore Ravens.

She recently told NBC Sports she believes it would be “pretty massive” for young women to see her in the NFL.