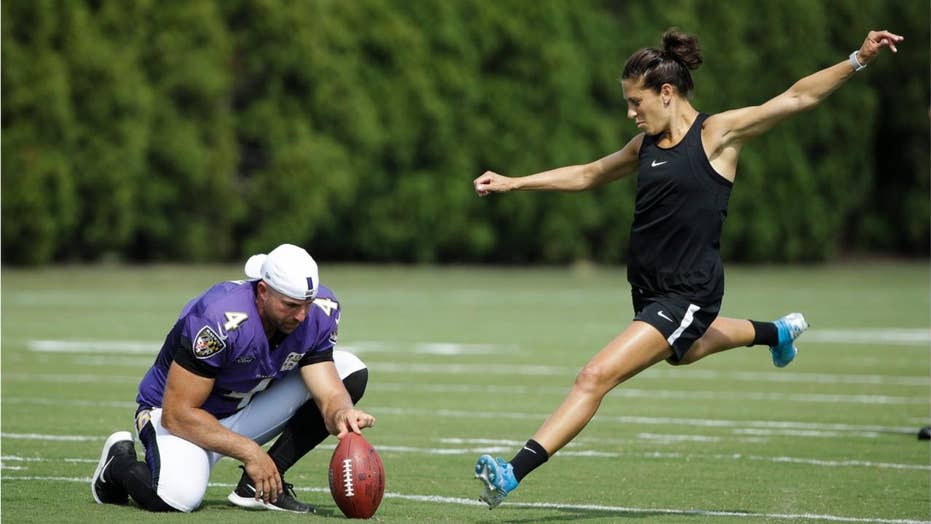 The Tampa Bay Buccaneers’ problems with field goal kicking were the focus of a Carli Lloyd advertisement that appeared in a local newspaper days after the team narrowly lost to the New York Giants.

Secret, the deodorant company, took an ad out in the Tampa Bay Times which jabbed the plight of Buccaneers kicker Matt Gay, who missed a 34-yard field goal against the Giants on Sunday, which would have given the team the win.

“Carli Lloyd doesn’t. Secret believes strength is more than overcoming what makes us sweat. It’s continuing to pursue progress and equality in all industries & sectors. Women may not play professional football (yet), but isn’t time for a level playing field wherever she wants to play?”

Lloyd’s potential in the NFL had been talked about since she went viral with her field-goal kicking skills during a practice in the summer. Lloyd reportedly would have pursued an NFL contract this season if it weren’t for her commitment to the U.S. women’s soccer team.

Lloyd and the Americans won the World Cup in July.

After Gay missed the field goal, Buccaneers coach Bruce Arians gave a bizarre reason for why he allowed the team to take a delay-of-game penalty to move his kicker back further.

“I just took it on purpose. He’s better back there. That field goal is easier back 5 yards,” Arians told reporters. “We wanted to move the ball, put it in the middle and make it easier.”

Gay was 4-for-5 on field goals and 1-for-3 on extra-point attempts during the game.

The Buccaneers led 28-10 at halftime.