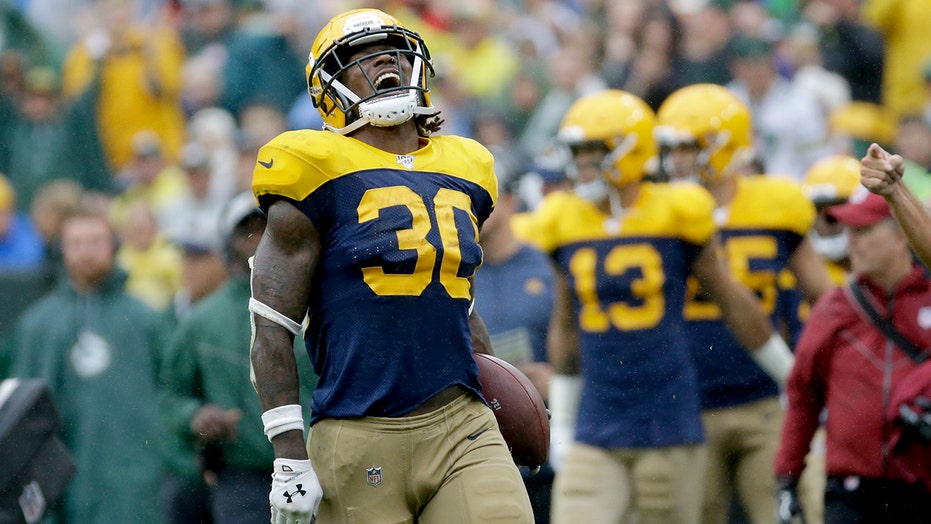 Green Bay Packers running back Jamaal Williams was carried out on a stretcher early in a game against the Philadelphia Eagles on Thursday night after a hit from defensive end Derek Barnett.

Williams caught a pass from quarterback Aaron Rodgers early in the first quarter when he appeared to be wrapped up by two Eagles almost immediately. Barnett is then seen flying into the scrum headfirst and appeared to nail Williams directly in the helmet.

Williams dropped to the ground and later had to be carried out of Lambeau Field on a stretcher. Barnett was not ejected from the game and the Eagles won, 34-27.

The third-year running back put his thumbs up as he was being carried away. The Packers later tweeted that he had feeling and movement in all of his extremities.

He was not the only player carried out of Lambeau Field on a stretcher on Thursday.

Later, in the fourth quarter, Eagles cornerback Avonte Maddox received a brutal hit from teammate Andrew Sendejo. Maddox was on the ground for a while but appeared alert when he was carried out of the stadium.