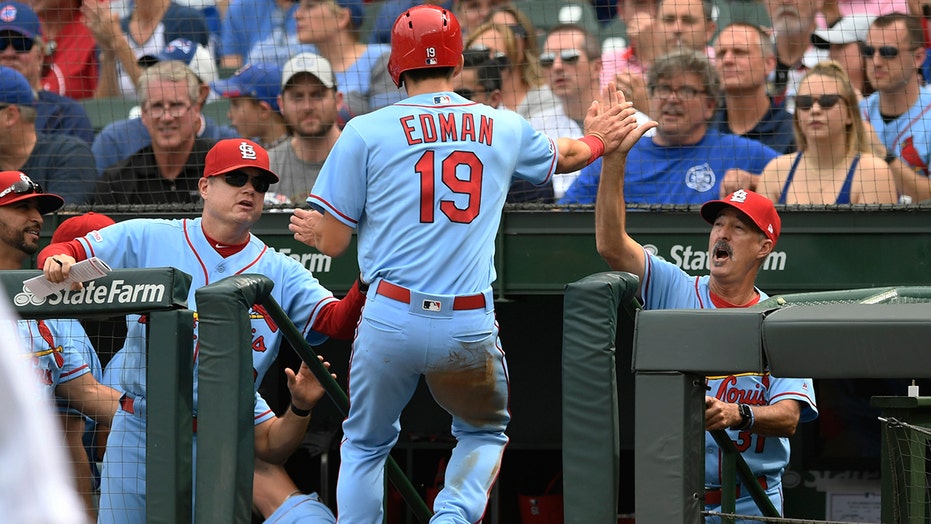 Shildt reminded his team that nobody has more heart than they do as they get ready to face National League East division champion Atlanta Braves.

“We love each other. I love you guys. You’re all a tremendous blessing,” Shildt said. “Next thing, you have completely earned this. One hundred percent earned this. Now, here’s the deal: Nobody has more heart than this group. Nobody we’re going to play has worked harder, more prepared, has more heart, has more cajones. Not a one person. Not a one team."

The champagne started to fly after Shildt was finished with his speech.

It’s Shildt's first full season as manager of the Cardinals. St. Louis won 91 games to go along with their division crown. It’s the first time the team won more than 90 games since the 2015 season.

Their first playoff game against the Braves begins Thursday at 5:02 p.m.