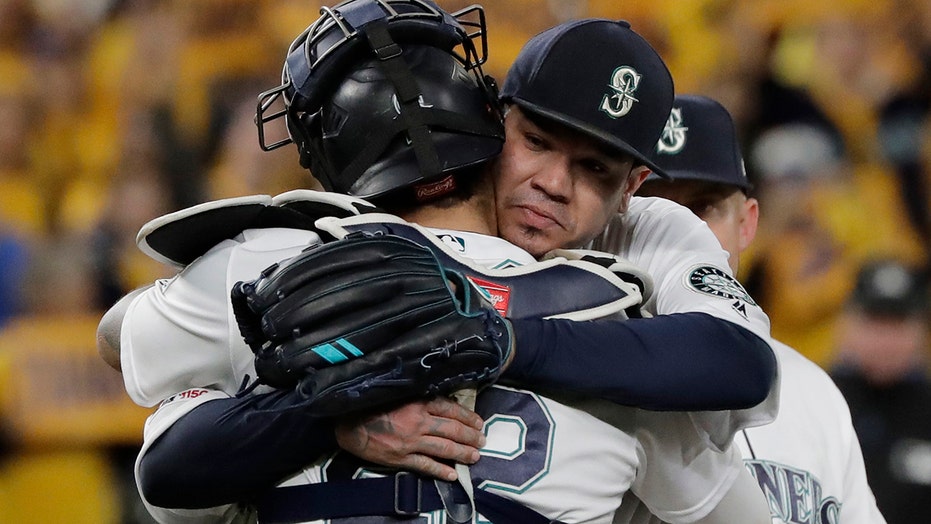 Felix Hernandez received an overwhelming sendoff Thursday night in what might be his final game with the Seattle Mariners after 15 consecutive seasons with the club.

Hernandez left the game in the middle of the sixth inning against the Oakland Athletics. He allowed three earned runs and struck out three batters in what was his 15th start of the season.

As manager Scott Servais took the ball from Hernandez, the fireballer received a standing ovation from the fans he dazzled for more than a decade. Servais told Hernandez before he left the bump: “You will always be the king in this town.”

Hernadez’s emotions got the better of him as he got back to the dugout.

“I didn't want to just give up five runs in five innings. I wanted to go out there and do my job and just give the team a chance to win,” he said after the game. “That was a fun night.”

NO BOND FOR PIRATES PITCHER VAZQUEZ IN CHILD SEX CASE

Aside from Hall of Famers like Ken Griffey Jr. and Edgar Martinez, Hernandez has been one of the most recognizable and notable Mariners to play for the club. The 2010 American League Cy Young Award winner and six-time All-Star said he couldn’t let his emotions get the best of him. He still had a job to do.

“I was walking to the bullpen and my eyes started to [get] wet and I was like, 'Not right now.' It's hard to do it,” he said. “There were a lot of emotions out there. I've been here for 15 years, and there is a lot of stuff going on.”

Hernandez, 33, celebrated with fans in the “King’s Court” cheering section after the game.

While Hernandez intends to retire from baseball, he said will depend on whether he gets an acceptable offer.

“You see me pitch today. I think I can go out there and compete,” he said.