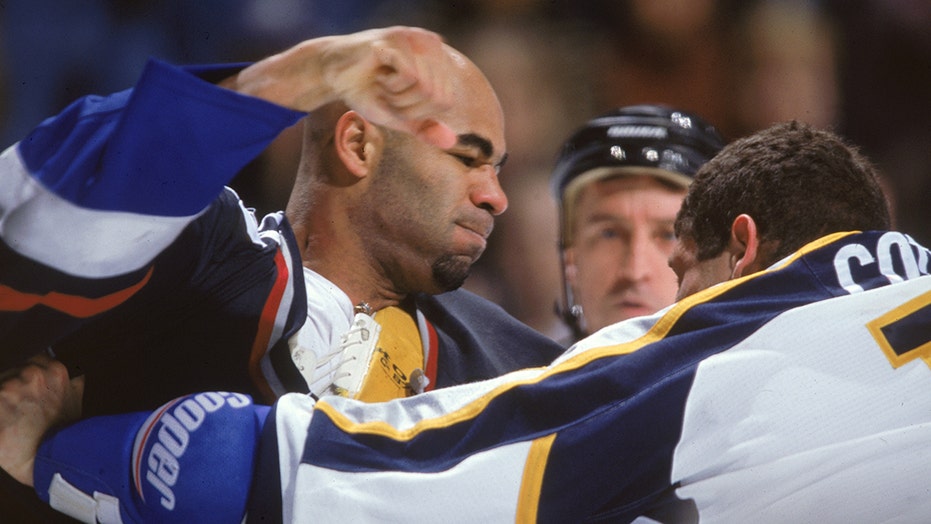 Former NHL enforcer Donald Brashear saw an outpouring of support from fans on social media this week after several Canadian news outlets seemingly shamed him following a story that the hockey pro had taken up employment at a local Tim Hortons.

Le Journal de Québec first reported Tuesday that Brashear, 47, was spotted this month working at one of the Canadian fast-food restaurants owned by former hockey player and friend Pierre Sévigny.

Sévigny told the outlet that he preferred not to comment and only offered that Brashear had recently been hired.

"He's an employee, that's all. We have just started, he is here to help me," Sevigny, who played three seasons with the Montreal Canadians, told the outlet.

A picture of Brashear smiling while standing behind a drive-through window was published with the story.

CTV followed up the story, which focused heavily on Brashear’s $15 million career and subsequent struggles with the law.

Hockey fans took to social media to slam the outlets for what some called “job shaming.”

Laraque saw the story and – trying to make light of the obvious blunder – tweeted it himself with this caption: “Can someone tell the National Post that Brashear has no hair and I got dreadlocks! Laugh out Loud.”

The Post quickly issued a statement putting the blame on a “misattribution” in “the photo's caption from our wire service.”

Brashear played 15 seasons in the NHL and was known for his rough and tough playing style. He played for five different organizations and is currently ranked 15th all-time in NHL penalty minutes.