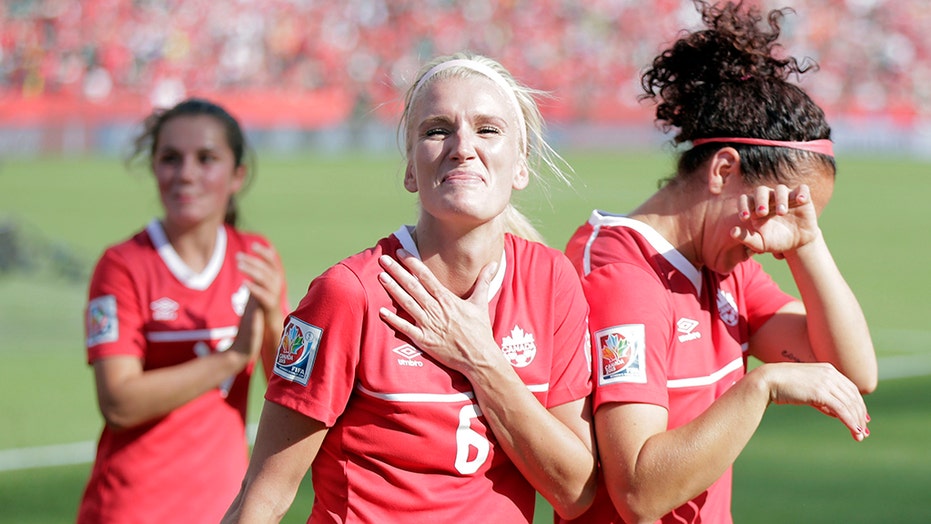 A Canadian sports broadcaster said she received death threats over her criticism of the U.S. women’s national soccer team following the Americans’ blowout win over Thailand.

Kaylyn Kyle, who played for team Canada as a midfielder in the 2015 Women’s World Cup and serves as an analyst for TSN, called out the American team for overly celebrating during the historic 13-0 blowout victory Tuesday.

“As a Canadian we would just never ever think of doing something like that ... For me it’s disrespectful, it’s disgraceful,” she said. “Hats off to Thailand for holding their head high.”

Canada midfielder Kaylyn Kyle ripped the U.S. team over their celebrations during their 13-0 win over Thailand. (Erich Schlegel-USA TODAY Sports)

Kyle later tweeted she had received death threats over the remarks.

“To the people sending me death threats, let me set the record STRAIGHT! I never once said to never score as many goals as you can in a World Cup!!! PLEASE WATCH FULL SEGMENT! I said the exact opposite. IT’S THE WORLD CUP. You score as many as you can and don’t take the foot off the gas pedal.

“I did say I thought it was excessive and disrespectful the goal celebrations of the American team once the score hit 8-0. Everyone is allowed their opinions towards my thoughts 100% but please leave the death threats!”

MEGAN RAPINOE, ALEX MORGAN PUSH BACK ON CRITICISM OVER DOMINATING PERFORMANCE AGAINST THAILAND

“I understand there’s a goal differential race in this tournament, and I understand they are nervous about drawing Sweden later in the tournament, but this was disgraceful from the United States,” she said during the TSN broadcast.

The U.S. team received a ton of criticism across social media for their celebrations.

The team plays Chile in their next match Sunday.