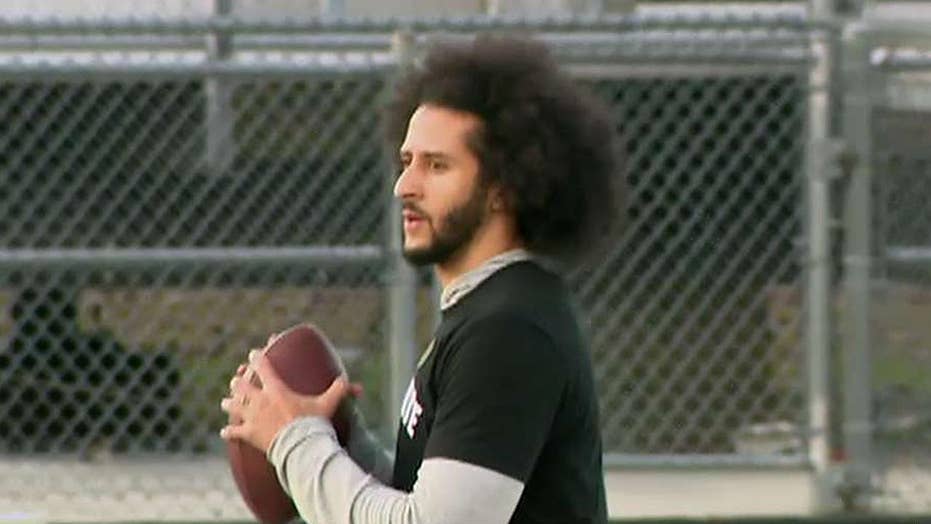 After Colin Kaepernick held a workout session in Atlanta for talent scouts, former NFL player Burgess Owens weighed in on Monday, saying that the ex-quarterback is not in-tune “with the way the real world works.”

“He’s been out of the game for three years. That’s forever, that’s [an] eternity to the NFL,” Burgess told “Fox & Friends.”

“The real world shows you cannot be paid on your past or potential, we’re paid on actually earning it and he’s not earning it right now and that’s why he’s going to be out of the game, in my mind, for the rest of his life.”

Kaepernick, who started a firestorm in the NFL when he decided to kneel during the national anthem to draw awareness to perceived racial and social injustices in the U.S., threw passes for about 40 minutes on Saturday at an Atlanta high school. While an NFL executive told ESPN his arm talent was “elite” and that he “threw the ball well,” Kaepernick left the field without a team and still out of the NFL. 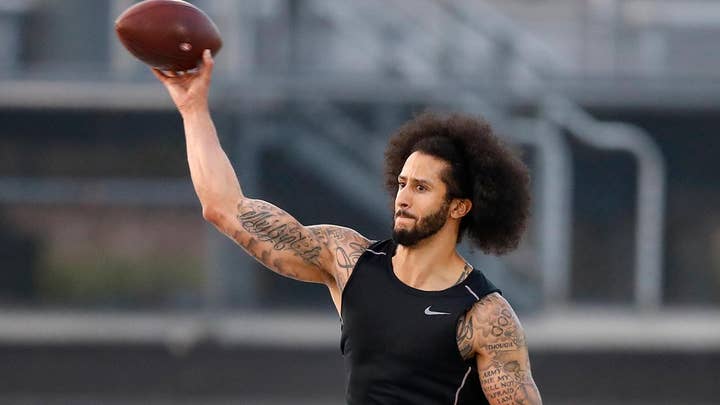 Kaepernick's workout session drew controversy because he changed the location at the last minute. From the 25 teams that were apparently scheduled to be at the training facility for the workout, about six teams were able to make it to the new location.

Owens, who played safety for 10 years for the Jets and Raiders, argued that there are too many young people graduating from college that think the way Kaepernick does.

“He’s interviewing for a job, if I’m correct, and he’s asking people to pay him a lot of money and now he’s going to dictate to them the conditions? It doesn’t work that way in the real world,” he said.

"This is the result of our leftist colleges, having kids come out of school with no common sense [and] elitism. ... You have to show up every day. You're gonna have to play by the rules and if you don't, you're not gonna have a job."