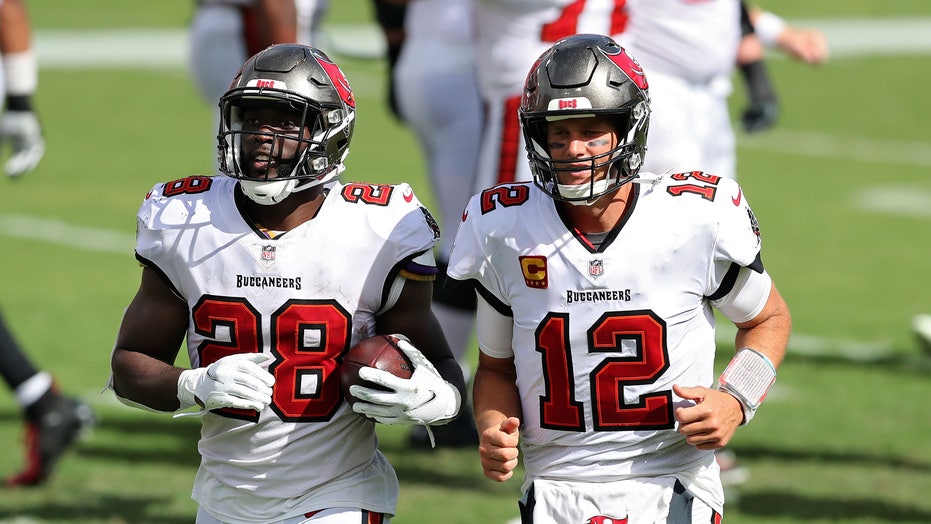 Tom Brady got his first win with the Tampa Bay Buccaneers on Sunday, throwing for 217 yards, one touchdown, and an interception in a 31-17 victory over the Carolina Panthers.

With another recent acquisition, Leonard Fournette, rushing for 103 yards and two TDs, Brady rebounded from a less-than-stellar debut for his new team to avoid starting a season with consecutive losses for the first time in a 21-year career.

The six-time Super Bowl champion also bounced back in Week 2 after dropping openers with the New England Patriots in 2003, 2014 and 2017.

Brady tossed a 23-yard TD pass to Mike Evans in the first quarter. Fournette scored on runs of 1 and 46 yards, the latter coming after Carolina rallied from a 21-0 halftime deficit to pull within 24-17 on a pair of TD runs by Christian McCaffrey and Joey Slye's 23-yard field goal with 1:57 remaining.

Brady completed 23 of 35 passes, and Evans finished with seven receptions for 104 yards. Fournette averaged 8.6 yards per carry on 12 rushing attempts.

Teddy Bridgewater was 33 of 42 for 367 yards and two interceptions for the Panthers (0-2), who had four turnovers.

McCaffrey, who spent most of the fourth quarter on the sideline with an apparent ankle injury, scored on runs of 1 and 7 yards and finished with 58 yards rushing and 29 receiving on four catches.

DJ Moore had eight catches for 120 yards and Robby Anderson had nine receptions for 109 yards for Carolina. Brady threw for 239 yards and two TDs during the previous week’s 34-23 season-opening loss at New Orleans. He also hurt the Bucs with a pair of interceptions, including one that was returned for a touchdown and drew criticism from coach Bruce Arians.

The defense set the tone for Sunday’s victory, forcing two turnovers within a three-play span of the first quarter after not having any takeaways during the season opener.

Jordan Whitehead’s interception preceded a 10-play, 78-yard touchdown drive Brady fueled with a 50-yard completion to Evans and that Carolina extended with a personal foul that gave the Bucs a first down at the Panthers 7.

Ronald Jones ran it in on the next play for a 7-0 lead Brady quickly built to two touchdowns after rookie safety Antoine Winfield Jr. sacked Bridgewater and Jason Pierre-Paul recovered to set up the 43-year-old quarterback’s 23-yard TD pass to Evans on the next play.

McCaffrey scored his second TD with 13:25 remaining in the fourth quarter.

Panthers: McCaffrey limped off the field following his second touchdown and remained on the sideline after getting his right ankle taped.

Buccaneers: WR Chris Godwin missed the game after spending part of last week in the concussion protocol. He was limited in practice Friday before being downgraded from doubtful to out.

Panthers: Remain on road against the Los Angeles Chargers.

Buccaneers: Travel to Denver to face the Broncos next Sunday.