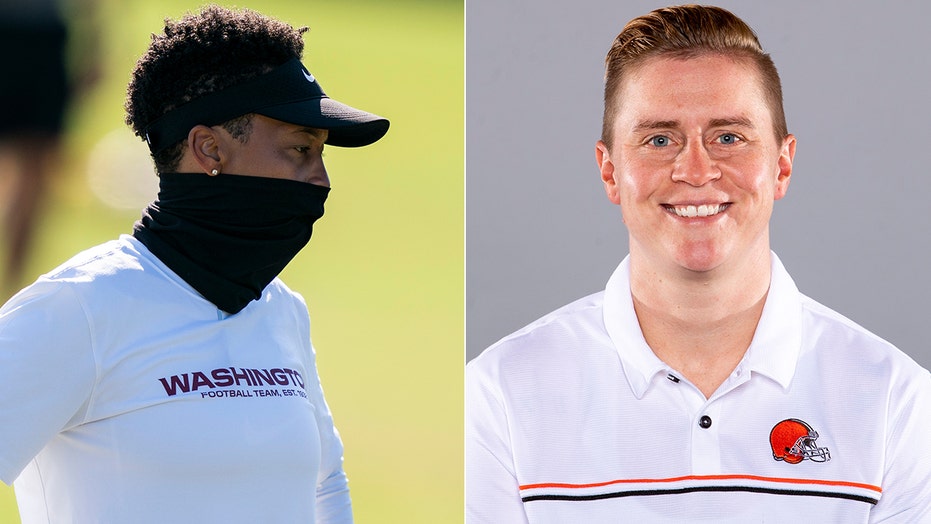 History was made Sunday during the Cleveland Browns and Washington Football Team’s game.

It was the first game in NFL history that female coaches would be on both sidelines, and a female NFL official would be calling the game.

ROB GRONKOWSKI ON LACK OF PRODUCTION IN FIRST 2 GAMES WITH BUCCANEERS: 'I CAME HERE TO BLOCK, BABY'

Callie Brownson is the chief of staff for Browns first-year coach Kevin Stefanski. Brownson played eight seasons for the D.C. Divas of the Women’s Football Alliance and is a two-time gold medalist for USA Women’s Football.

“Callie is uniquely situated where she can go interact with football ops or PR or the locker room or the equipment room,” Stefanski said before the season started. “She’s really the liaison to the rest of the building for me. I’m going to lean on her heavily and already have.”

Jennifer King is a coaching intern for Washington. She is working with the offense and is specifically working with running backs coach Randy Jordan. She’s coached in the Alliance of American Football and for Dartmouth College.

“Jennifer is a bright young coach and will be a great addition to our staff,” Washington coach Ron Rivera said. “Her familiarity with my expectations as a coach and my firsthand knowledge of her work ethic and preparation were big factors in bringing her to [Washington].”

Sarah Thomas became the first female NFL official in 2015. She has worked dozens of games, including in the postseason.