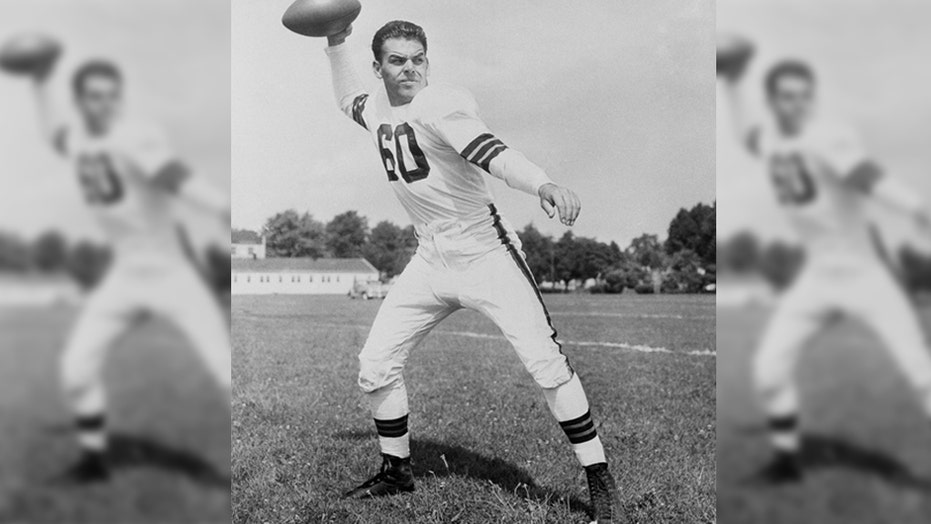 The Cleveland Browns will honor one of their all-time great players, quarterback Otto Graham, with a statue outside of FirstEnergy Stadium.

According to a post on the Browns' website, the statue of Graham will be revealed on Sept. 7, the day before the team's home opener against the Tennessee Titans.

The Pro Football Hall of Fame member's statue will be the second outside the Browns' stadium after a likeness of Jim Brown, which was unveiled in 2016. Graham was a member of the first Browns team in 1946 and took the squad to 10 title games in 10 years, winning seven championships in the process.

"As we celebrate the NFL's 100th season, we are honored to pay tribute to Otto Graham with this timeless sculpture that will properly recognize him not only as one of the Browns' top players but also as one of pro football's all-time greatest quarterbacks," Browns owners Dee and Jimmy Haslam said in a statement.

The Browns' website says the unveiling ceremony will be followed by an autograph session and Browns alumni appearances. The statue will be crafted by sculptor David L. Deming, whose previous work includes statues of Frank Robinson, Ricky Williams and the figure of Jim Brown at the southeast corner of FirstEnergy Stadium.

Graham's grandson Ryan van Name was allowed a preview of the statue this spring and says his family will be happy with Deming's work.

“It’s amazing,” he told the Browns' website. “I know my family will definitely be proud of the work (Deming) did on this because right when I walked in it’s like, ‘that’s him. That’s my grandfather.’”