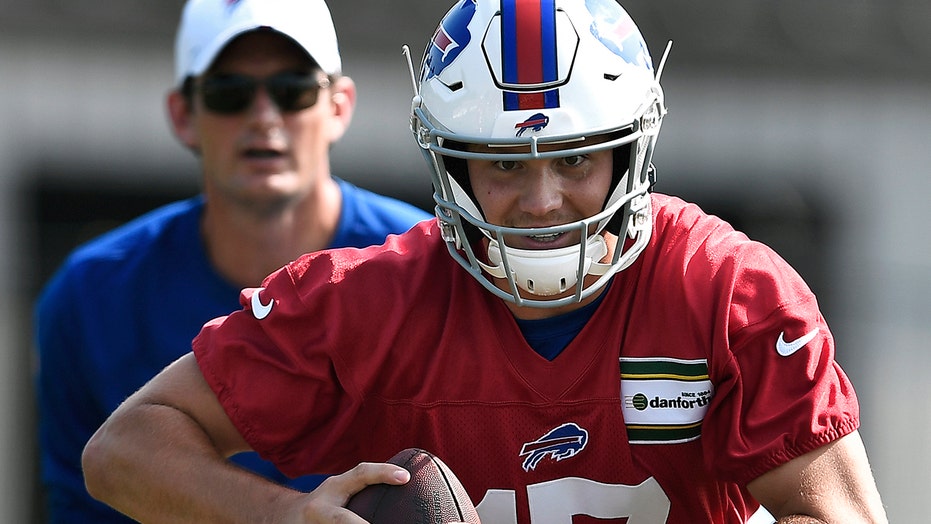 Buffalo Bills quarterback Josh Allen is preparing for his second season with the team and is trying to turn everyone into a fan along the way. He succeeded Tuesday during training camp.

One young fan showed up to Bills camp wearing a Miami Dolphins jersey and the kid asked Allen if he could sign the jersey. Allen insisted on doing something better instead.

Thad Brown of WROC-TV caught up with the kid after the trade was made. The fan, who was identified as Mason Schram, told Brown he traded his Dolphins jersey for a signed Allen jersey and a signed Bills hat.

When asked what he thought about the trade, Mason gave two thumbs up.

Allen told NewYorkUpstate.com that some of the memorable moments of his life were meeting players when he attended San Francisco 49ers and San Francisco Giants games and he wanted to return the favor.

“Whenever a player even looked around and waved -- whether he came over and signed things or gave high-fives, I just remember being super happy that I got to touch a Major League Baseball player's hand,” he said. “I'm fortunate enough to have this platform that I have to affect somebody's life, but it doesn't take a lot to be a good person. That's kind of the way I look at it. I'm not going out of my way to try and do anything or trying to go viral, I was just that kid once so I just really get it.”

Allen was successful on his first conversion of the season and has made one more fan in the process.