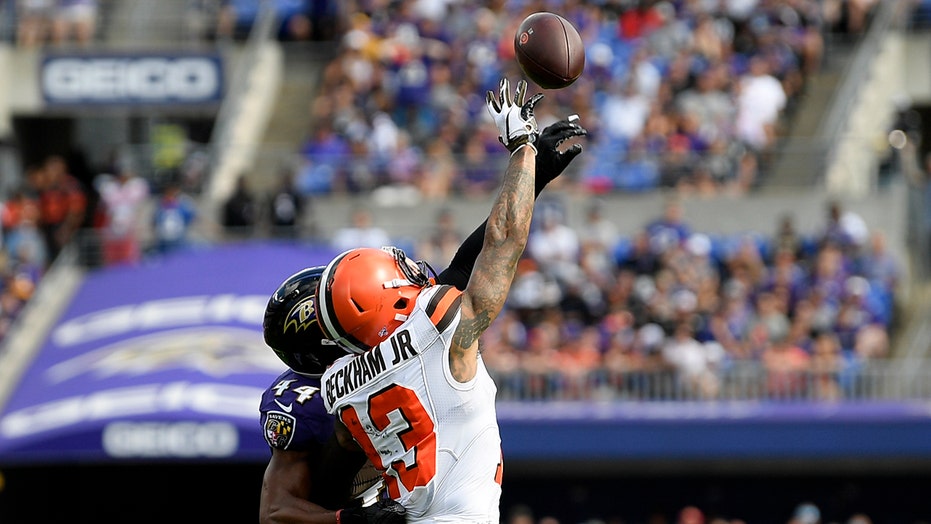 Beckham was seen pushing and shoving Humphrey at one point during the game. Humphrey then appeared on top of the wide receiver and going at his facemask. Both players were penalized for the skirmish, but neither player was ejected.

After the game, Beckham told reporters he wasn’t angry with Humphrey over the kerfuffle. He was just upset about one thing, according to the NFL Network.

While the receiver, who was held without a catch for three quarters for the first time in his career, appeared indifferent about the tussle, Browns coach Freddie Kitchens was angry with the referees. He suggested after the game that Beckham gets different treatment than other players.

“I saw what you saw,” Kitchens told ESPN. “He was getting choked on the ground. They get away with that because it’s Odell. I’m going to be on the phone with [NFL Vice President of Officiating Al Riveron] when I get on the bus.”

For what it’s worth, Humphrey told ESPN he apologized to Beckham after the game.

“I ran into him after the game and apologized,” he said. “It’s not really the brand of football I want to represent. The whistle blowed. It has to be over with.”

Beckham had two catches for 20 yards.