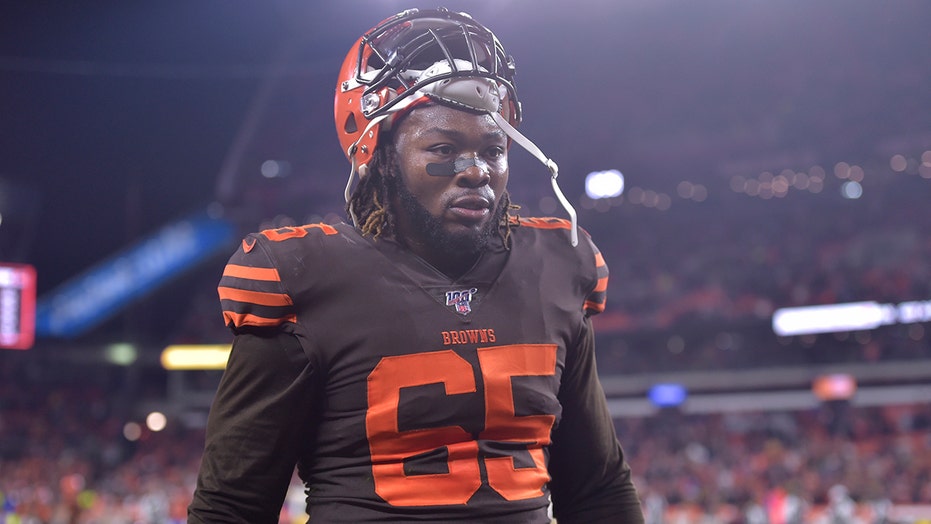 The NFL made the decision on Wednesday after hearing Ogunjobi’s appeal. The league is still deciding on appeals from Browns defensive end Myles Garrett and Pittsburgh Steelers center Maurkice Pouncey.

Garrett was involved in a fight with Steelers quarterback Mason Rudolph toward the end of their game last week. Garrett ripped Rudolph’s helmet and hit him in the head with it.

Ogunjobi wasn’t involved in the fight, which also saw Pouncey punch and kick Garrett in the helmet when he was down on the ground. However, he did get a late shot in on Rudolph, who had walked away angrily from the scrum.

The league said a fine of $10,527 levied on Ogunjobi was rescinded, according to NFL.com.

NFL RUNNING BACK MARK WALTON'S GIRLFRIEND HEARD IN 911 CALL CRYING, 'MY BOYFRIEND BEAT ME UP!'

He will be able to play in the Browns and Steelers’ second game of the season on Dec. 1 in Pittsburgh. Ogunjobi will miss Sunday’s game against the Miami Dolphins.

The third-year defensive tackle has five sacks and 28 total tackles through 10 games this season.

Rudolph is expected to be fined for his role in the fight.