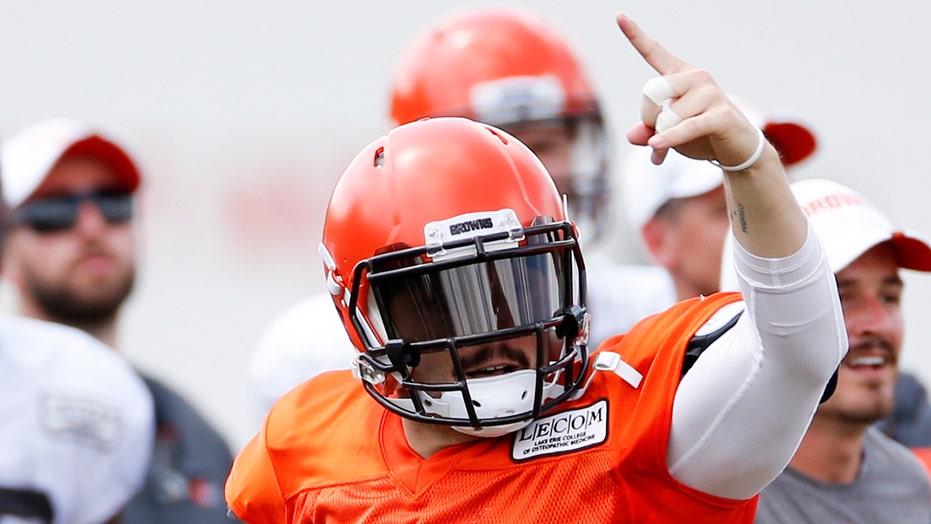 Cleveland Browns quarterback Baker Mayfield seems to be gaining more fans each and every day and his gesture to members of the military on Tuesday showed why.

Several servicemen were in attendance at Browns training camp and though an autograph session with team members was supposed to end, Mayfield stayed and signed items for the military members.

Mayfield also took several photos with those in uniform.

While Mayfield has been criticized as outlandish for some of his antics on the field, he has quickly become a fan favorite with some of his latest stunts.

The second-year player was seen at a Cleveland Indians game over the weekend and shotgunned a beer using his teeth while he was up on the video board.

With Mayfield under center and the Browns with new stars on both sides of the field, the expectations are high that the team will not only make the playoffs but make a deep run.