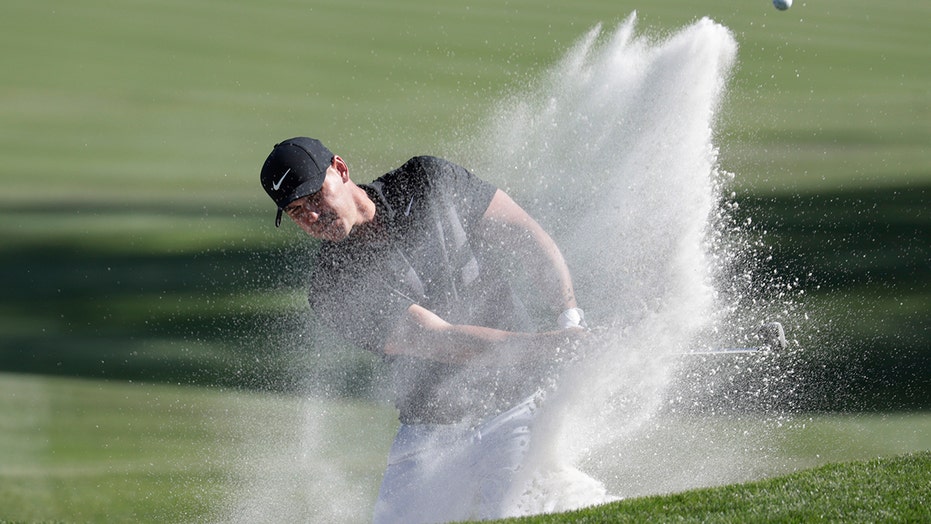 Brooks Koepka said Sunday he has no interest in the Premier Golf League, another setback to a league promising guaranteed money and a team concept that now is missing some of golf's biggest young stars.

“I am out of the PGL. I'm going with the PGA Tour,” Koepka told The Associated Press. “I have a hard time believing golf should be about just 48 players.”

Later Sunday, Golfweek reported that world No. 2 Jon Rahm said he will not join, meaning the world's top three players are sticking with the PGA Tour.

Rory McIlroy, who replaced Koepka at No. 1 in the world a month ago, said last month in Mexico City that he was not interested in the new league. He said he valued his freedom to decide when and where to play instead of the proposed schedule of 18 tournaments, not including the majors.

Koepka said he made up his mind after meeting with organizers in Los Angeles a month ago during the Genesis Invitational, wanting to wait for a time when any announcement would not become a distraction. He had said at the start of the Florida swing only that “I want to play against the best.”

With golf shutting down over concerns about the new coronavirus, he wanted it made clear he wasn't going anywhere.

Koepka, now No. 3 in the world, and McIlroy cited the freedom he enjoys on the PGA Tour. Koepka also spoke about the majority of the PGA Tour who he fears would be left out if all the attention was heaped on top stars competing in a team format.

“I get that the stars are what people come to see,” Koepka said. “But these guys who we see win, who have been grinding for 10 or 15 years, that's what makes the cool stories. I'd have a hard time looking at guys and putting them out of a job.”

Koepka speaks from experience. Having failed to advance past the second stage of PGA Tour qualifying in 2012, he played remote spots on the Challenge Tour, earned a European Tour card and eventually made it to the PGA Tour, where he won his first tournament in early 2015. He and McIlroy each have four majors.

“I don't forget where I've come from,” Koepka said. “There are guys from that top 125 who could be the next star.”

PGA Tour Commissioner Jay Monahan made it clear in a memo to players in late January, as six years of chatter about the league began to gain momentum, that PGA Tour members could not play both.

Monahan and the tour staff have been making the rounds over the last month, meeting with top players to get a feel for their position and to tout what the tour has going. The PGA Tour announced last month a media rights deal said to be worth a little more than $7 billion over the next nine years.

“Jay is incredible, the direction he has the tour going,” Koepka said.

Golfweek said it spoke to Rahm on Thursday and quoted him saying, "I think what I’m going to do is focus on just the PGA Tour. At the end of the day I’m a competitor. I’m a PGA Tour member and I’m going to stay that way.”

The concept of the league was to invigorate golf by putting together 12 four-man teams that would be required to play 18 events — 10 of them in the U.S. — that feature 54 holes, no cut and a shotgun start to fit a five-hour broadcast window. Total prize money would be $240 million, and the top player could earn as much as $50 million.

Koepka said that as much as he loves the Ryder Cup and Presidents Cup, “To have it every week, I'm struggling with that.”

“Golf is just not a team sport,” he said.

Koepka also said his financial advisers had doubts about how the money — most of from Saudi interests — would work.

“You ask some of these younger guys if they want to play for someone else,” he said, referring to how the rosters would be set under the 12 players who get equity in their teams. “The direction Jay has the tour going, they care about 125 guys. Yes, the top guys do a lot for the tour. But it should be more than 48 players that people are tuning in to watch.”

Ultimately, though, he said he was happy with the career he already has.

“Money isn't going to change my life,” he said. “There's something to be said about freedom of playing. I get to chose. To me, it's not worth it. I'm happy with how things are. When life is good — and it's real good — you don't want to change it. I think the PGA Tour is run beautifully.”

McIlroy had said last month in Mexico that he “wants to be on the right side of history on this one.” He said all that could change his mind would be if all the top players decided to join, though he didn't see that happening.

Koepka said he thought it was a “real possibility” the Premier Golf League could still happen. Organizers had targeted a start date of 2022 at the earliest.

But it won't include him.

“I plan on playing the PGA Tour for the rest of my life,” Koepka said.