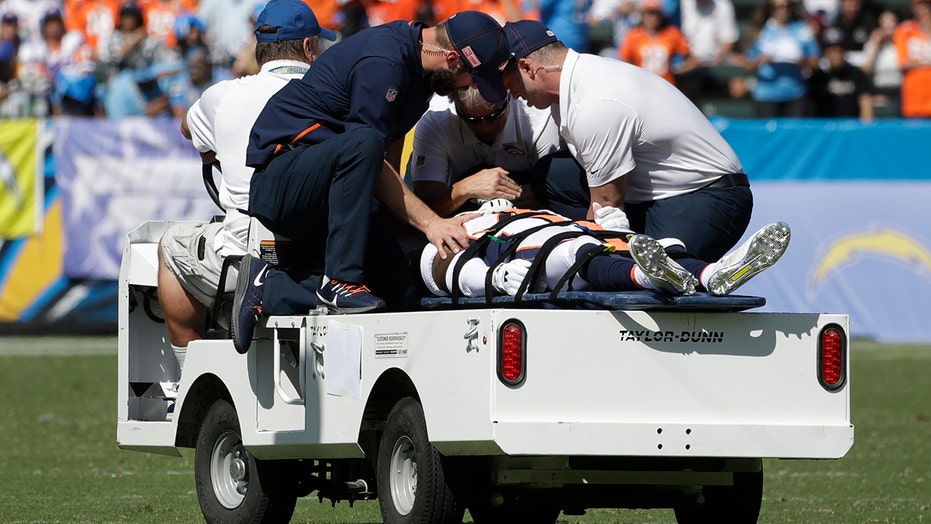 Denver Broncos cornerback De’Vante Bausby said he was paralyzed for 30 minutes after suffering a neck injury Sunday when he collided with a teammate during a game against the Los Angeles Chargers.

While the injury appeared to be serious after Bausby was taken off the field on a medical cart, he was standing upright in the Broncos’ locker room Tuesday and gave some harrowing details about how he felt immediately after he went down on the field.

“I was paralyzed for the first 30 minutes. I couldn’t feel nothing. Then after 30 minutes I could wiggle my toes. And after a couple hours I could move my full body,” he said, according to 9News.

Broncos coach Vic Fangio told reporters Monday that Bausby suffered a cervical sprain. According to ESPN, he rejoined the team after undergoing multiple tests at a hospital.

“[Bausby] is doing good,” Fangio said. “No timetable on his return yet. He'll definitely miss some time. [I] don't know if it will be the entire rest of the season or not. [With] these [injuries], the first few days and week will kind of tell the story.”

Bausby was in his fifth game of the season with the Broncos when he collided with Alexander Johnson trying to make a tackle.

Going into Sunday’s game, he had recorded 11 total tackles and three pass deflections.

He previously played for the Philadelphia Eagles and Chicago Bears before joining the Broncos in 2019.