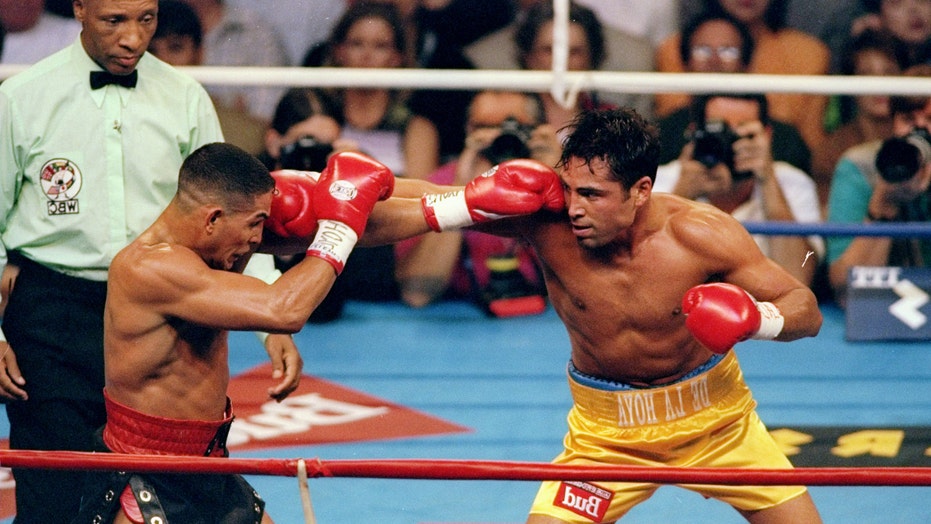 De La Hoya, 47,  said during an interview with The Ring that he’ll be closely watching Mike Tyson, who has floated the idea of making a return to the ring for a charity exhibition fight, before he makes his own decision.

REDSKINS’ JACK DEL RIO HITS BACK AFTER FANS CRITICIZE HIM FOR BEING TRUMP SUPPORTER: ‘I’M 100% FOR AMERICA’

"I actually want to see what Tyson does first," he said. "I have been working out, I have been training, I have been staying in shape. Obviously, I'm not in fighting shape yet to go 12 rounds. I'm sure I could get there. We'll see. I want to see Tyson perform, see how his reflexes are, see if he can go past three or four rounds. We'll see and then I'll make my decision."

But for De La Hoya, he says he wants a “real fight” against a top ranked boxer if he does return.

Tyson has been intensely training recently, posting videos of his sessions, which have sparked rumors that the 53-year-old former undisputed world heavyweight champion might make a comeback.

"He hasn't hit mitts for almost 10 years, so I didn't expect to see what I saw. I saw a guy with the same speed, same power as guys 21, 22 years old," his trainer Rafael Cordeiro told ESPN in May.