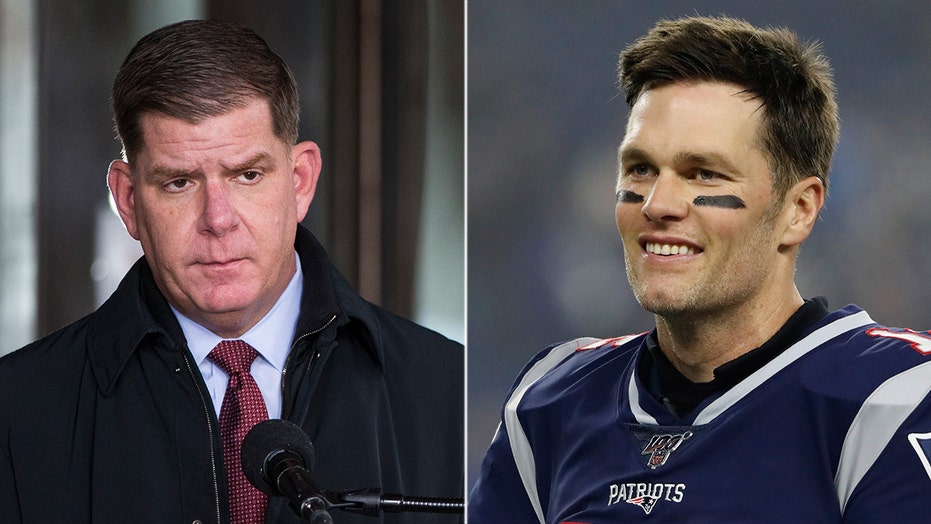 Tom Brady’s troubles in Florida have reached back north and the mayor of his former home weighed in on Wednesday.

Boston Mayor Marty Walsh joked about Brady getting booted from a Tampa park for breaking coronavirus quarantine restrictions in an interview with WEEI Radio.

“If Tom Brady stayed … There are some exceptions I would make and having Tom Brady throw a football, I probably maybe would have looked the other way on that one,” Walsh said. “But he goes to Tampa Bay and that’s what he gets, getting thrown out of the park. So it serves him right.”

Brady signed with the Tampa Bay Buccaneers in the offseason after two decades with the New England Patriots. Brady was seen at a Tampa park last week and was asked to leave.

49ERS' JOE STALEY HELD OUT ON DECISION TO RETIRE: 'I KNEW THAT THE DRAFT WAS BASICALLY THE DEADLINE'

Tampa Mayor Jane Castor made a public apology to Brady on Twitter.

“Tom, my apologies for the miscommunication when you arrived — not the best first impression,” Castor said last week. “But given my law enforcement background, I couldn’t help but have someone investigate the sighting of a G.O.A.T. running wild in one of our beautiful city parks. ... No harm – no foul, and thanks for being a good sport!”

She also thanked Brady and his wife, Gisele Bundchen, for their recent donation of 750,000 meals to Feeding Tampa Bay.

The Buccaneers are expected to be one of the top teams in the NFC in 2020.