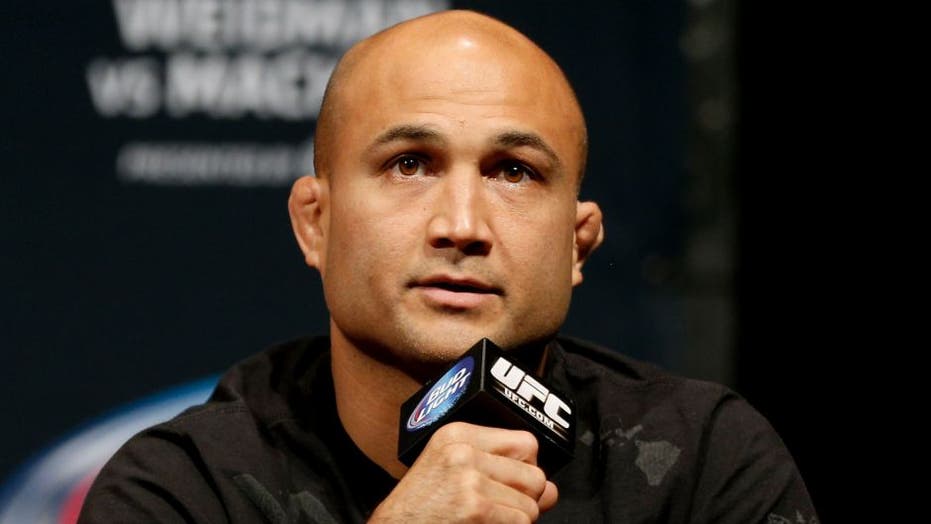 Penn was escorted out of Club Femme Nu in Honolulu around midnight because he was acting “very drunk,” the club’s owner told TMZ Sports. At some point, things got physical and Penn began to fight one of the club’s bouncers.

The video showed both men wrestling on the ground. At one point, the video shows the 40-year-old former UFC champion shoving his forearm into the man’s throat.

Dispatch audio, obtained by TMZ Sports, revealed one law enforcement official telling officers, “B.J. Penn is back there trying to fight everybody. No weapon.”

When cops arrived, officers told dispatch Penn was no longer at the club.

Penn was not arrested, and a warrant was not issued for his arrest.

Before Penn fought in the UFC, he was the first American Gold medalist in the World Jiu-Jitsu Championship. Penn is from Hawaii.