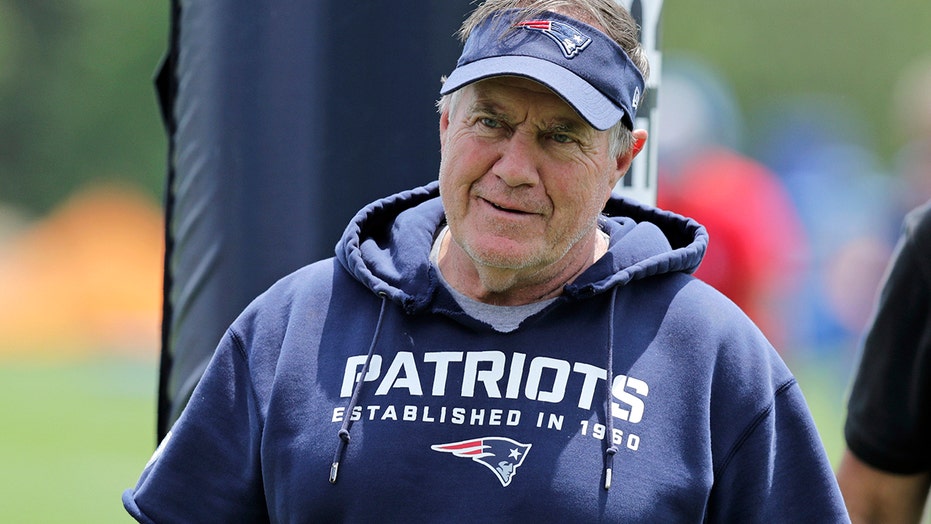 Bill Belichick’s dog Nike is building quite the social media presence after stealing the spotlight during the NFL’s first-ever virtual draft.

There were plenty of viral moments that came out of the NFL’s first-ever virtual draft after coaches and GMs got personal with their fanbase, giving viewers an inside look at their homes. But arguably the most viral moment came when New England Patriots head coach Bill Belichick stepped away from his set up during the second night.

BILL BELICHICK’S DRAFT APPEARS TO GO TO THE DOG

“Well, the funny thing was, you know, all of us are doing the draft from home. And Nantucket has very strict rules about who is coming to the island. So I worked with Patriots IT people and said, ‘Teach me, I’ll do lighting, I’ll do IT, I’ll do it all.’” Linda Holliday, Belichick’s girlfriend, told ESPN during a podcast interview Tuesday.

“So, I’m doing lighting and next thing I know Bill had a couple of treats that were left over near his laptop and he stepped away from the table. And all of a sudden he looks and he goes, ‘Look, look at the table’ and there Nike was just sitting there waiting patiently and he knew his treats were there, so that’s what prompted him getting up to the table and he was just waiting patiently for the word to take his treats.”

The Patriots traded out of the first round and made 10 selections during the 2020 draft which included safety Kyle Dugger out of Lenoir-Rhyne, Michigan standout Josh Uche, Alabama linebacker Anfernee Jennings.

Belichick defended opting out of drafting a quarterback despite losing Tom Brady in the offseason because he said the way the draft played out, it just “didn’t work out.”