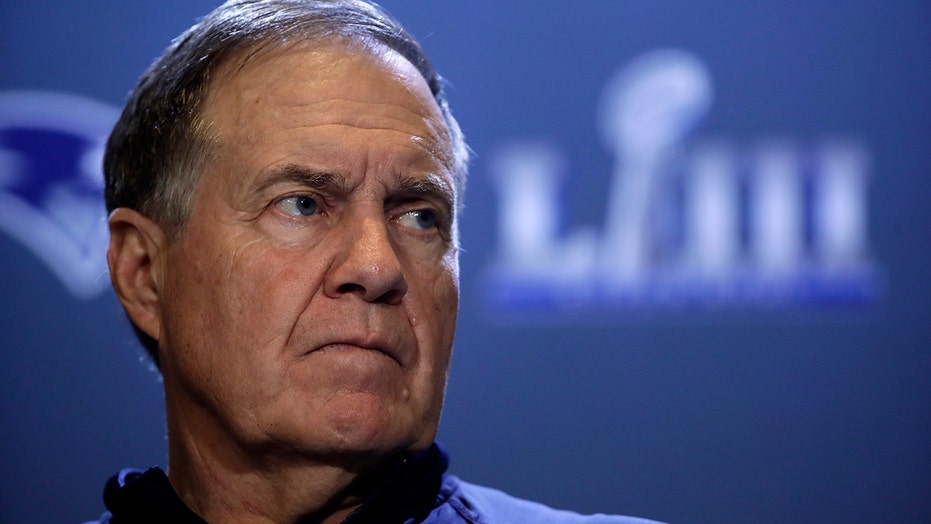 The New England Patriots had 10 draft picks in the 2020 NFL Draft, but not one was used on a potential successor to quarterback Tom Brady -- and now, head coach Bill Belichick is explaining why.

The Patriots have had only Jarrett Stidham and Brian Hoyer as the quarterbacks on the depth chart. New England drafted tight ends Devin Asiasi and Dalton Keene, but the team failed to address other needs on the offensive side of the ball.

Belichick said the Patriots were trying to improve other areas of their football team instead of maximizing the quarterback position.

EX-BUCCANEERS' HEAD COACH ON BRADY, GRONKOWSKI REUNION: 'WHO ARE WE PLAYING IN THE SUPER BOWL?'

"If we feel like we find the right situation, we'll certainly draft them," Belichick said via ESPN.

"We've drafted them in multiple years, multiple points in the draft, didn't work out the last three days. That wasn't by design. We just tried to do the best we could with what we had this weekend."

REDSKINS TRADE TRENT WILLIAMS TO 49ERS AFTER TUMULTUOUS YEAR: 'THE TIME HAS COME TO PART WAYS'

In recent memory, Belichick has drafted quarterbacks in early rounds.

On Sunday, however, the Patriots agreed to a contract with former Michigan State quarterback Brian Lewerke, according to his agent.

Lewerke had 17 touchdowns and 13 interceptions in his final season with the Spartans.