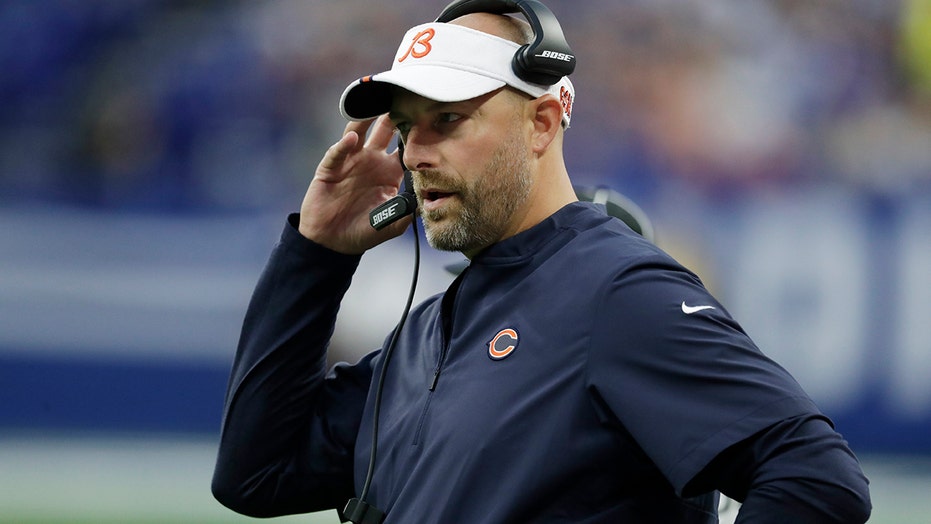 Chicago Bears coach Matt Nagy appeared to support some kind of player demonstration amid mass protests against police brutality and racism taking place across the U.S.

Nagy addressed the possibility of more players kneeling during the national anthem again in a video conference call with reporters Wednesday, according to the Chicago Sun-Times.

MALCOLM JENKINS RESPONDS TO DREW BREES: 'YOU'RE A PART OF THE PROBLEM'

The idea of kneeling during the national anthem sparked up again as players recall Colin Kaepernick’s actions during the 2016 season amid the recent wave of protests.

“It would be extremely silly of me, if I’m sitting here saying that I’m going to listen, to learn, and try to have an empathy and understanding, to not allow guys the platform if they feel like it’s the right way to represent the healing and some of those solutions that we’re looking to,” he said, according to the Los Angeles Times. “I absolutely would be open and wanting to listen and be open to that."