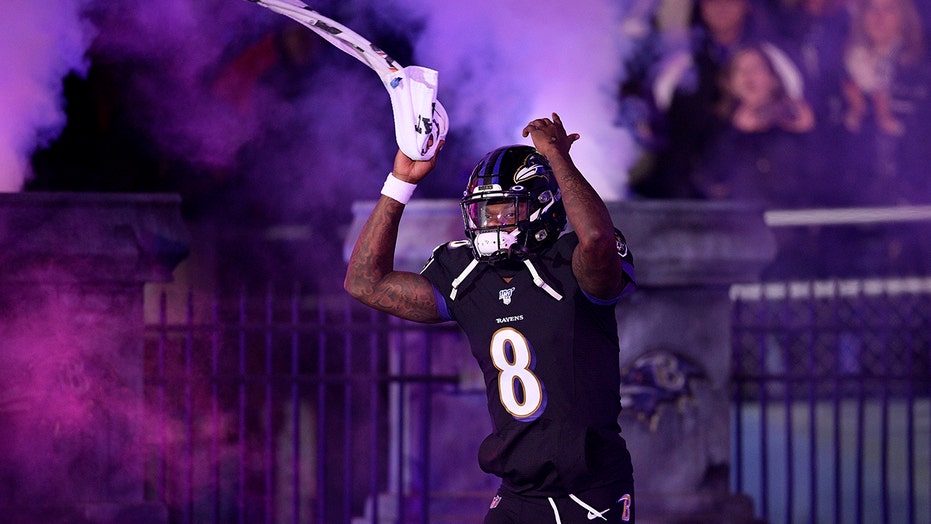 The Baltimore Ravens had the NFL's best record last year led by league MVP Lamar Jackson, who put together one of the greatest regular seasons for a quarterback in recent memory.

Jackson excelled from the pocket, throwing for 3,127 passing yards with 36 touchdowns and only six interceptions, but he also dominated on the ground rushing for an NFL record 1,206 yards with seven more scores. The Ravens finished with a 14-2 regular-season record and earned the No. 1 seed in the AFC.

However, the Ravens' season ended with disappointment. For a second consecutive year, Baltimore was one and done in the playoffs. The sixth-seeded Tennessee Titans went into Baltimore in the Divisional Round of the playoffs and walked out with a 28-12 victory. Titans running back Derrick Henry had 30 carries for 195 rushing yards, and Tennessee's defense forced three turnovers of Jackson (two interceptions, one fumble).

In 2020, the Ravens will be out for revenge. A roster that was already loaded improved even more with the additions of rookies Patrick Queen, a linebacker out of LSU, and former Ohio State running back J.K. Dobbins. They also traded for defensive end Calais Campbell, who will instantly bring leadership into the locker room and provide a presence on the defensive line.

The Ravens will only go as far as Jackson takes them, which means the sky is the limit for one of the best franchises in all of football.

Here's what else you need to know about the Ravens this year.

- RAVENS QB LAMAR JACKSON COMFORTABLE BEING FACE OF THE FRANCHISE

The Ravens selected Ohio State running back J.K. Dobbins with their second-round pick in the 2020 NFL Draft.

In 2019, Dobbins became the first running back in school history to rush for more than 2,000 rushing yards. He finished with 2,003 yards and 21 touchdowns for the Buckeyes, who went 13-1 on the season.

As a matter of fact, as soon as he stepped onto Ohio State's campus, Dobbins produced. He finished his inaugural season with 1,403 rushing yards, which is an Ohio State freshman record. He had 100 rushing yards in just six games and became only the fourth freshman in Ohio State history to eclipse the 1,000-yard rushing mark in a season.

His college success should immediately translate to the NFL, especially since he will be featured on a team that ranked No. 1 in rushing last season. It will be a matter of when Dobbins is in total control of the backfield, even though he is expected to share carries with Mark Ingram and Gus Edwards early on.