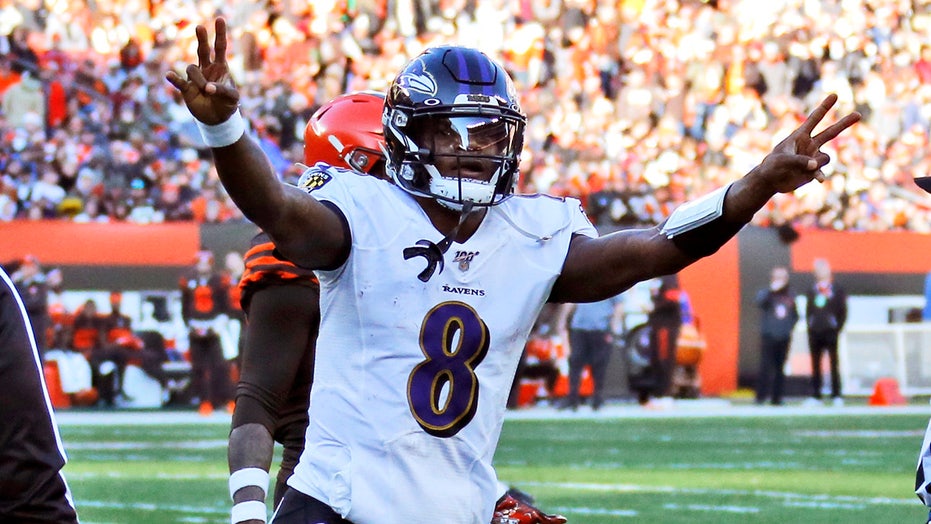 Reigning MVP Lamar Jackson will look to lead the Baltimore Ravens into the 2020 NFL season.

The Ravens were the best team during the 2019 regular season, and with a reloaded offense will try to make sure they get further in the 2020 playoffs than they did last year.

The Ravens will face teams in the AFC East, AFC South, AFC West and NFC East during the 2020 regular season.

Baltimore may have missed out on a deep playoff run last season, but you can believe the Ravens are going to have some tricks up their sleeves to try and replicate their 2019 regular season and push deeper into the playoffs.

Baltimore’s season will start Sept. 13 against the Cleveland Browns.

Here are three intriguing matchups on the Ravens’ 2020 schedule.

This will be a battle between the last two league MVPs on “Monday Night Football” in Week 3.

Ravens quarterback Lamar Jackson, and Chiefs’ Super Bowl MVP Patrick Mahomes, will set up for an offensive showdown in this matchup. This has the potential to be the Game of the Year in the NFL, and it could also be a game that determines who gets the No. 1 seed in the AFC playoffs.

There is no doubt about it that this matchup will have major implications for the rest of the season.

A Carson Wentz against Lamar Jackson head-to-head matchup in Week 6 between the reigning AFC North and NFC East champions will be something worth looking forward to.

You want to talk about speed? There will be plenty of big-play players in this football game. Look for both quarterbacks, two guys in their prime, to lead the way here. Both teams have the potential to return to the playoffs, and it starts here by making a statement.

The Baltimore Ravens came away with a big win over the Tom Brady-led New England Patriots in the regular season last season. Now, the Patriots will be without Brady for the first time in 20 years, as a new era in New England is underway.

The Ravens actually handed the Patriots their first loss of the season last year. In this Week 10 matchup, the head-to-head showdown will come down to Lamar Jackson against head coach Bill Belichick and his defense.