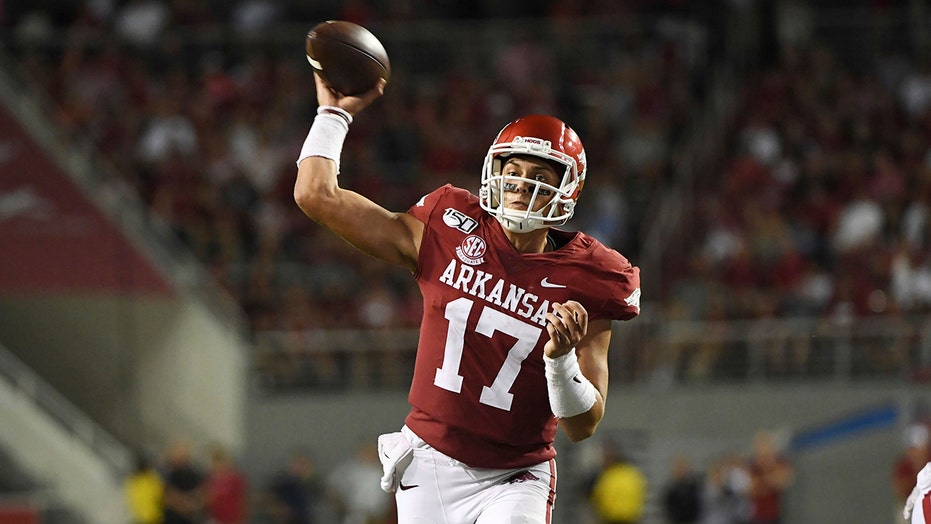 Arkansas Razorbacks quarterback Nick Starkel is a huge Justin Bieber fan, but his recent play has him asking fans whether it is too late to say he's sorry.

Starkel posted a picture of himself on Instagram warming up with a Bieber shirt on earlier this season. However, his five-interception performance in a loss to San Jose State on Saturday has caused him to rethink his support for the pop star, and he has vowed “no more nonsense.”

“Bieber shirt has been ripped in half and thrown away,” Starkel said in a tweet after the 31-24 loss. “No more nonsense. No more distractions. All I’m focusing on is this team and this season. Nothing else.”

Starkel is a Belieber and asked Ellen DeGeneres in 2018 to help him meet his hero, according to TMZ Sports.

Arkansas is 2-2 on the season with wins over Portland State and Colorado State. The losses came at the hands of San Jose State and Ole Miss.

This coming weekend, Arkansas has a chance to salvage its season in a game against No. 23 Texas A&M.