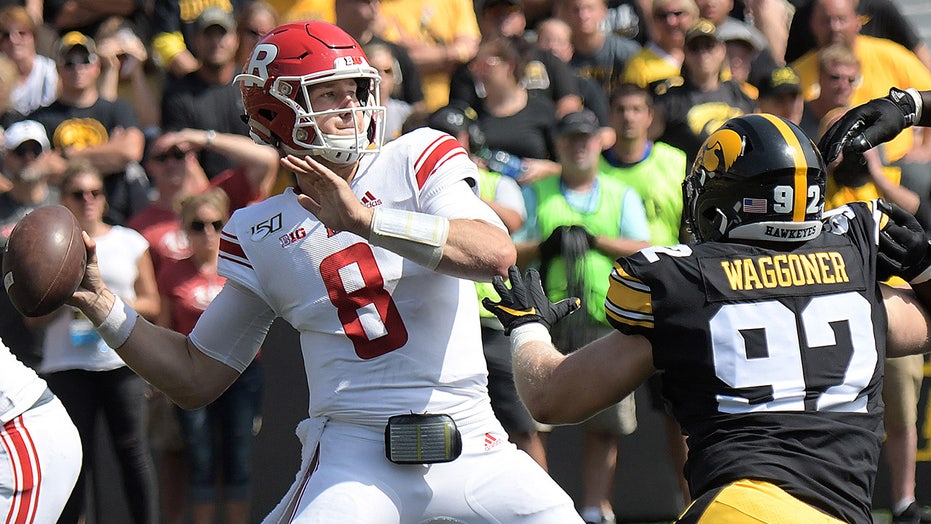 The Rutgers Scarlet Knights have not scored many points this season, so when there’s a chance to celebrate an elusive touchdown, the players better take it — just watch out for flying fists.

Rutgers quarterback Art Sitkowski threw a 74-yard touchdown pass to Raheem Blackshear in the first quarter of their game against the Boston College Eagles on Saturday. Sitkowski’s celebration with teammate Mike Maietti could have gone better than it did.

Maietti, an offensive lineman, went directly to Sitkowski to celebrate the score. He picked up Sitkowski and punched him in the face, sending Sitkowski’s head backward.

Sitkowski didn’t appear hurt after the punch. He finished the game with 304 passing yards and one interception to go along with the touchdown pass.

Boston College, however, got the last laugh. The Eagles won the game 30-16 thanks to two touchdowns from running back A.J. Dillon and another touchdown from David Bailey.

Dillon had 150 rushing yards in the game.

With the loss, Rutgers dropped to 1-2 on the season. The Scarlet Knights head to Michigan for their second Big Ten Conference matchup of the season next Saturday.

Boston College moved to 3-1 with the win. The Eagles play Wake Forest in their second ACC matchup of the season.