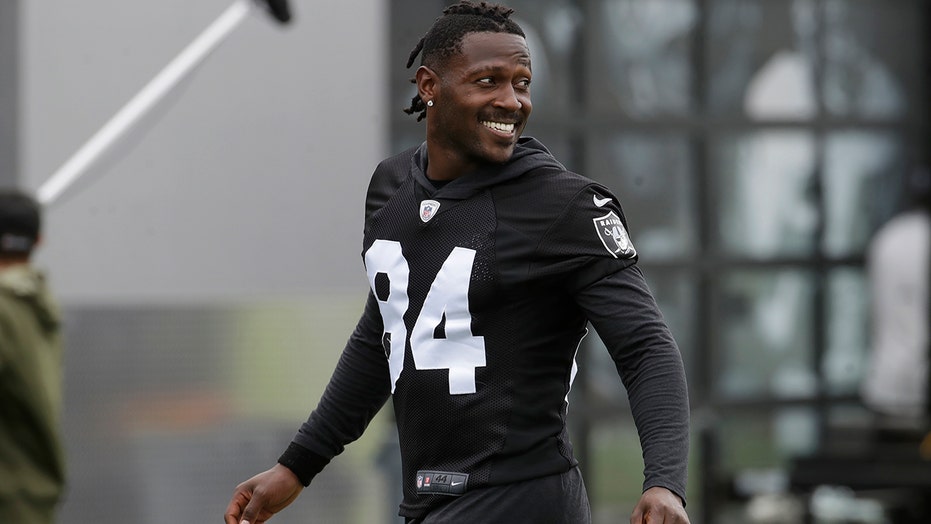 Could wide receiver Antonio Brown finally have a new home?

Brown is still currently a free agent, and if you’ve followed the All-Pro wideout over the last two years, it’s obvious he’s had his share of legal concerns.

But, Brown made social media headlines once again Saturday when he posted an edited picture of himself on Snapchat in a Baltimore Ravens uniform.

Brown and a cousin, second-year wideout Marquise “Hollywood” Brown, the Ravens first-round pick of the 2019 draft, have worked out together since the end of last season. Reigning NFL MVP Lamar Jackson also joined in on at least one of those workouts.

A few weeks after a video emerged showing them working out, a reporter asked Jackson about the opportunity of Brown playing in Baltimore, and Jackson seemed to be intrigued by the idea of having Brown as another weapon in their already potent offense.

"I'd be happy if they signed him," Jackson said of Brown, as NBC Sports Washington reported. "He's a great player. He showed it each and every year when he was with the Steelers in the past, but it's not my decision."

Brown has been facing felony burglary conveyance, misdemeanor battery and misdemeanor criminal mischief charges over a Jan. 21 incident in which he and his trainer allegedly assaulted a truck driver outside his Hollywood, Fla., home over a money dispute, ESPN reported, citing Broward County court documents from Mar. 20.

The New England Patriots then picked him up, but he played only one game before the team released him after 11 days in the wake of the sexual-assault allegations.