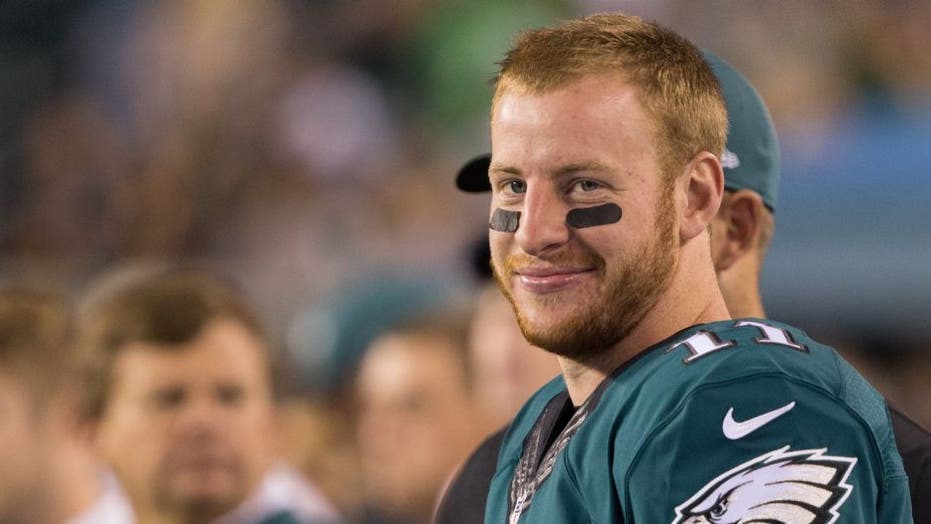 The Philadelphia Eagles’ second-round draft selection of quarterback Jalen Hurts in the 2020 NFL Draft may have raised some eyebrows, but the team’s general manager says Carson Wentz is still the face of the franchise.

Eagles’ GM Howie Roseman made an appearance on NFL Network’s “Rapsheet and Friends” podcast on Thursday, and he said that the team is “married” to Wentz.

“Coach [Doug] Pederson and I, Mr. [Jeff] Lurie and I -- we are all married to Carson,” Roseman said. “We’ve shown it with our actions.”

The comments came from Roseman a week after they selected Hurts with their second-rounder, and many fans were surprised that Philadelphia decided to go in that direction, but Hurts is an explosive athlete who will potentially be lined up all over the field when the Eagles are on offense.

The Eagles signed Wentz to a four-year, $128 million contract last June, and he played well despite a limited number of receiving options. He threw for over 4,000 yards and 27 touchdowns with just seven interceptions while leading the Eagles to the NFC East title.