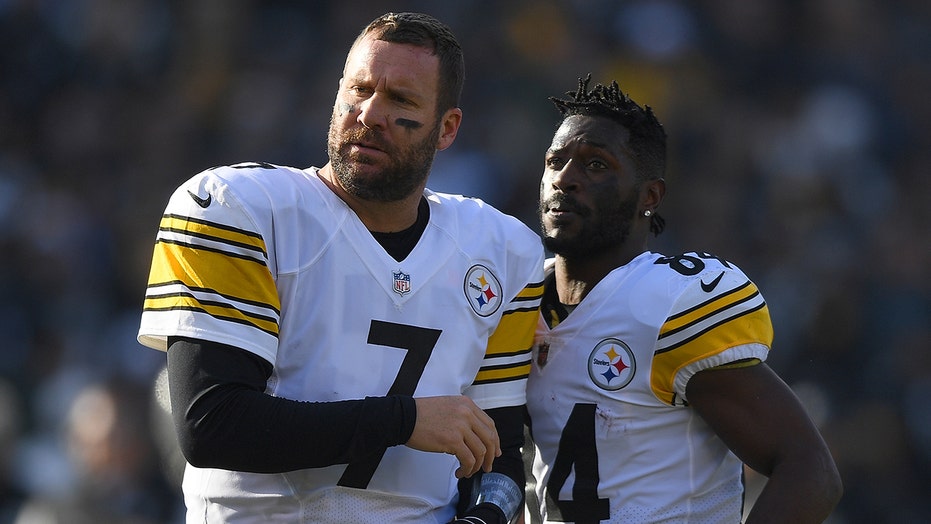 The All-Pro shared a throwback picture of himself with the Steelers quarterback on Instagram, saying “I appreciate you.”

ANTONIO BROWN APOLOGIZES TO PITTSBURGH STEELERS FRANCHISE, BLAMES EMOTIONAL OUTBURSTS ON BEING OUT OF THE NFL ‘I’M REALLY BORED’

“I never realized how good I had it, got caught up in my emotion with everyone coming after me I really apologize for my actions sincerely man! It’s never been another connection like what we done in the past decade. I appreciate you. Sincerely AB,” the post read.

The two players had a public falling out throughout the 2018-2019 season that came to a head when Brown was traded to the Oakland Raiders following nine seasons with the Steelers.

Brown has since changed his tune, offering an apology just last week to the entire Steelers franchise.

“I apologize to those guys for the distractions, for the unwanted attention I probably caused those guys, to their names, to the organization,” he said during an interview with 93.7 The Fan.

ANTONIO BROWN CALLS HIMSELF ‘CANCER’ OF THE LEAGUE: ‘I THINK I OWE THE WHOLE NFL AN APOLOGY’

“Obviously, you want to clear out any baggage or any disrespect or unintended attention that was brought on to the organization. You know, these guys gave me an opportunity when I was 21 years old and I’m forever grateful for those guys.”

Brown said earlier this month "I think I owe the whole NFL an apology,” before adding that he “could have done a lot of things better.”

Brown has not played in the league since September. He joined the Raiders in the off-season, but did not play any regular-season games for them and was released following a turbulent offseason.

He was then picked up by the New England Patriots but played only one game before he was released after 11 days in the wake of sexual assault allegations.