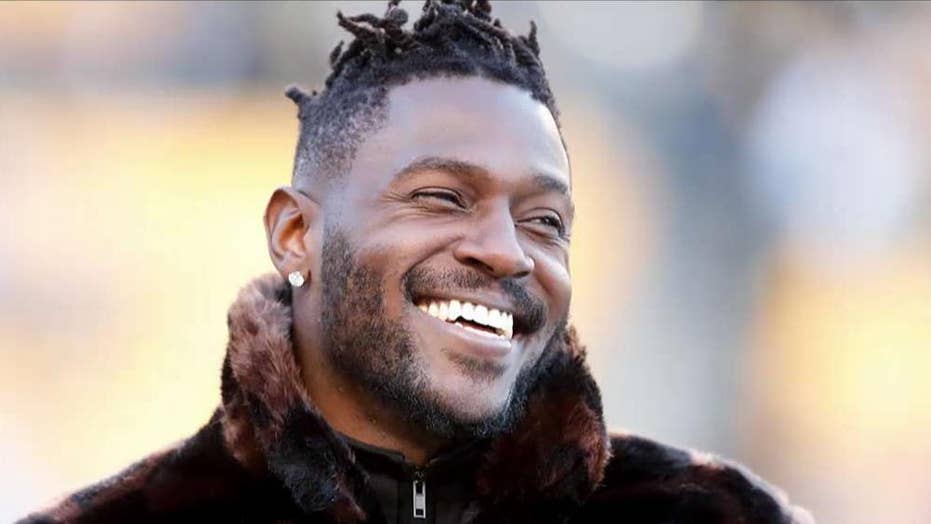 Embattled NFL wide receiver Antonio Brown appeared to change his tone Friday while reflecting on the past year, saying he feels he owes “the whole NFL an apology.”

Speaking with ESPN’s Josina Anderson, Brown said he felt he “could have done a lot of things better” this past season both on and off the field, calling himself the “cancer of the NFL.”

"I think I owe the whole NFL an apology and my past behavior,” adding later on in the interview that as of late he’s “just been the cancer of the NFL. The problem child, the guy who gets in trouble, the kind of guy who has the bad narrative about him.”

Brown was arrested last month on charges of burglary with battery, burglary of an unoccupied conveyance and criminal mischief after police responded to his Florida home over reports that he and his trainer attacked a moving truck driver hired by the free-agent over a money dispute.

That same month, police were also called to Brown’s home after he live-streamed himself yelling and cursing at his ex-girlfriend Chelsie Kyriss when she came to pick their children for school.

He told police that he had evicted her from his home and only allowed her back to the house to get their children’s clothes and take them to school. He also claimed he already had a restraining order against Kyriss and asked officers to jail her for allegedly trying to steal one of his cars.

A judge ordered Brown to undergo a mental health evaluation under the terms of his recent bond agreement. When asked Friday about whether he feels he needs mental help, Brown responded: “We all need mental help."

Brown has not played in the league since September. He previously played for the Pittsburgh Steelers before joining the Oakland Raiders in the off-season. Brown did not play any regular-season games for the Raiders and was released following a turbulent offseason.

He was then picked up by the New England Patriots but only played one game before he was released after 11 days in the wake of sexual assault allegations.

Brown has previously denied all allegations but he told ESPN that he feels like he’s been targeted.

"I feel like I never really got in a conflict with no woman," he said. "I just feel like I'm a target so, anybody can come against me and say anything [that] I have to face. There's no support, there's no egos, there's no rules in it, anyone can come after me for anything. No proof or whatever. 'He said, she's saying.'”

Brown said he’s disappointed with how long the NFL’s investigation into the accusations has taken but said he was “pleased” to hear Commissioner Roger Goodell’s remarks on Wednesday where he expressed his concern for the free agent’s “wellbeing” above all else.