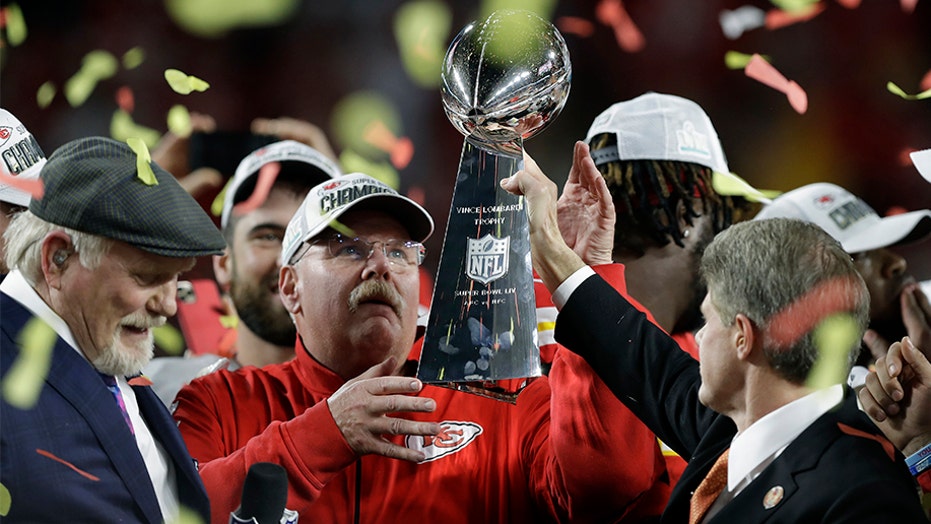 Reid and the Kansas City Chiefs defeated the San Francisco 49ers on Sunday to win Super Bowl LIV. It is Reid’s first-ever Super Bowl title in only his second appearance. It only took him 364 total games to get to that elusive Super Bowl win.

The Chiefs defeated the 49ers thanks to a 21-point fourth-quarter behind Patrick Mahomes’ two touchdown passes and two total touchdowns from Damien Williams.

The win drew a lot of reaction on social media, even from his former team the Philadelphia Eagles.

Reid helped the Chiefs win their first Super Bowl title in 50 years. Reid coached the Eagles from 1999 to 2012. He joined the Chiefs in 2013 and made the playoffs six of his seven years coaching them. He has never had a losing record as Chiefs head coach.

It all culminated with a win in Miami on Sunday night.

Kansas City was down by as many as 10 points in the Super Bowl and were down 24 points in the divisional round. Both times they came back and won the game.

Reid now gets to celebrate one of the biggest moments of his career. The Super Bowl trophy is back in Kansas City for the first time since 1970.