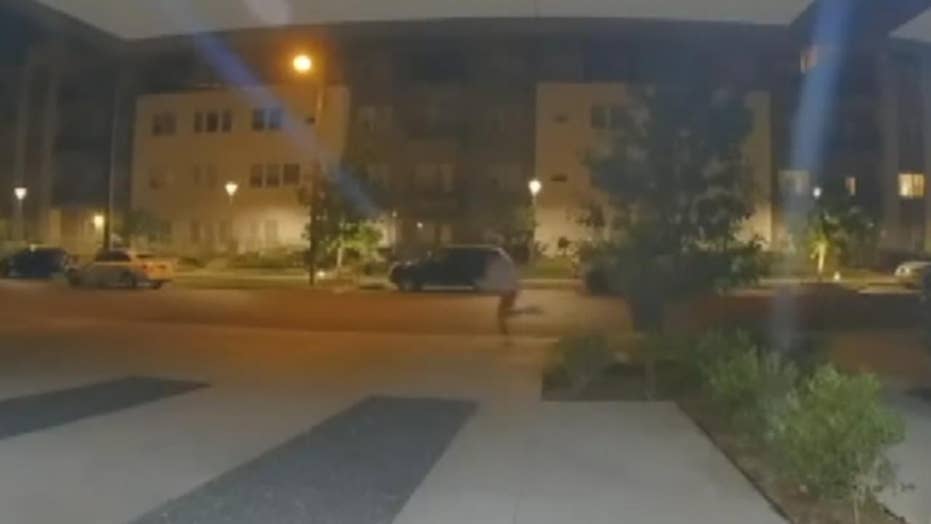 The video from Monday’s shooting shows a group of men yelling at Emmett as he steps out of his SUV. It then shows the former Texas Tech Red Raiders player bolting down the street. Another angle shows men approaching Emmett at his vehicle before he attempts to run away.

He appeared to be shot in the back as he was running away.

A witness said two people then got into a Chrysler 300 and sped away from the scene, according to FOX4 News.

No arrests were made in the shooting and police have yet to identify and persons of interest.

KU RECEIVES NOTICE OF ALLEGATIONS FROM NCAA IN MEN'S HOOPS

In his senior season at Texas Tech, Emmett averaged 20.6 points and 6.6 rebounds per game. He was a consensus First Team All-American and was named to the All-Big 12 Team during the 2003-2004 season. Emmett helped Texas Tech get to the second round of the NCAA Tournament that season.

Out of college, the Seattle Supersonics selected Emmett with the No. 35 pick of the 2004 NBA Draft. He was subsequently traded to the Memphis Grizzlies for a second-round draft pick.

He played eight games with the Grizzlies in the 2004-2005 season and didn’t play in the NBA again until the 2011-12 season with the New Jersey Nets.

Aside from playing overseas, Emmett played in season 2 of the BIG3 basketball league. He scored 134 points, finishing second in that category to Joe Johnson.

Earlier this year, he was inducted into the Texas Tech Ring of Honor.