The argument in favor of better pay for the US Women's National Soccer team was revived after their massive win over Thailand in the 2019 World Cup, and Fox Sports soccer analyst Alexi Lalas is on the women's side.

Lalas told Harris Faulker on "Outnumbered" Wednesday afternoon that the USWNT "should get as much money as they possibly can."

The team is currently engaged in a lawsuit with the US Soccer Federation alleging "purposeful gender discrimination." The women's team is paid substantially less than the men despite a far more successful track record - having won the World Cup in 2015 and is heavily favorited again this year.

"When you look at what they are able to do on the field, it doesn't compare to the men's team does on the field, and this is going to continue to be a talking point," Lalas said. 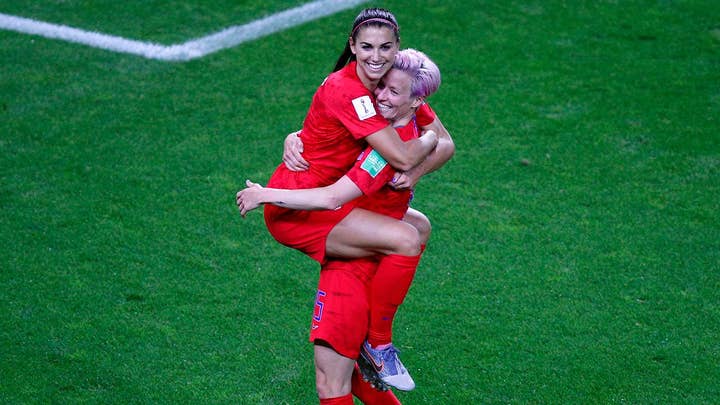 On Tuesday, when the USWNT beat Thailand 13-0, they officially scored more points in a single game than the U.S. men's team has in every World Cup appearance since 2006 combined.

"One thing the women made very, very clear, one reason they feel they deserve this type of equal pay is because of consistency of quality that they have given us year after year after year, winning world cups, winning Olympics, being there and winning games and making us proud," Lalas said.